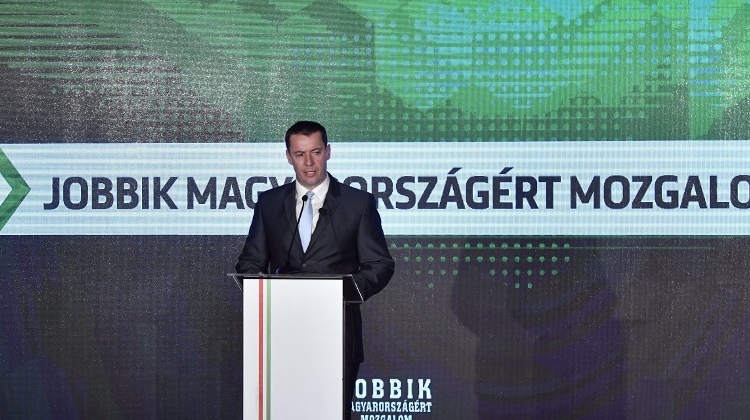 Conservative opposition Jobbik has said it will convene an emergency congress to discuss the situation in light of fines levied on the party by the State Audit Office (ÁSZ) for violating campaign financing rules in last spring’s general election.

Paying the close to one billion forint fine levied by ÁSZ altogether will practically prevent the party from running a campaign in the European parliamentary elections, Tamás Sneider, the party’s leader, said.

The congress to be called within the next 2-4 weeks will discuss two key issues, with one being “the possibility of dismantling the party overall”, which Sneider said would ultimately lead to dissolving the party’s parliamentary group. The other item on the agenda, he added, would be “discussing the continuation of Jobbik’s national resistance”.

“Those who rule the country today are punishing Jobbik because they fear that, according to the polls, the party could have up to four MEPs elected to serve in Brussels,” he said.

Meanwhile, the leftist opposition Democratic Coalition has called for the dismissal of ÁSZ chief László Domokos, whose authority it says has “paralysed” opposition parties by levying fines on them. Gergely Arató, DK’s deputy group leader, said over the weekend that ÁSZ had fined all of the opposition parties over the past years, adding that by levying the fines, the authority was “carrying out a political order”.

Arató said DK will propose to the other opposition parties to initiate in parliament’s Immunity Committee the removal of Domokos from his post.

ÁSZ in response rejected “accusations made by Jobbik and the political pressure exerted by the party to influence the authority in carrying out its financial audit as required by law”.

ÁSZ called on the party leader to acknowledge the irregularities its audit revealed instead of “making false statements about the authority and misleading the public”. Responding in a separate statement to DK, the audit office called Arató’s statement an “unfounded accusation” and “an attack on the rule of law”.

ÁSZ said it conducts its audits in line with rigorous international auditing standards transparently and independently from the government or any political party, in accordance with the rule of law.