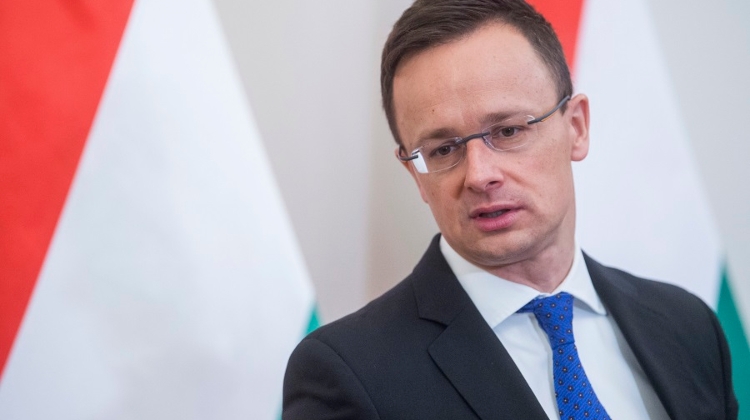 Szijjártó said the EU is intent on weakening border protection, and branded the European Border and Coast Guard Agency, also known as Frontex, a "travel agency."

BBC: "Hungary is led by a nationalist, populist Prime Minister Viktor Orban who believes his opposition to immigration and his defence of so called Christian values can transform not just Hungary but the whole of the European Union. But can "Orbanism" win Europe's battle of ideas?"

Szijjártó fiercely defended the Hungarian governmentʼs newest billboard campaign ahead of the approaching European Parliament elections, according to a summary of the interview by Hungarian news portal Index.hu.

Billboards and posters have recently popped up throughout the country, featuring EU Commission President Jean-Claude Juncker and Hungarian-born investor George Soros, long the bête noire of the Hungarian government, with the words: "You too have a right to know what Brussels is preparing!"

The Fidesz-led government has long criticized the EU’s stance on migration and has accused Soros of promoting a pro-migration agenda for Europe through manipulation of EU leaders.

"George Soros definitely has a totally different vision about the future of Europe and the future of Hungary compared to what we have," Szijjártó told BBC host Stephen Sackur in the interview conducted in Budapest.

Over the course of the discussion, Szíjjártó claimed that Soros is pulling the strings in the EU; denied chasing the Central European University (CEU) away from Budapest; dismissed most of the points of contention in the Article 7 procedure against Hungary as "simple, systematic, qualified lies"; refused to accept that UN inspectors were refused entry into the transit zone at Röszke on Hungaryʼs southern border; and flatly refused to address accusations of corruption in the use of EU funds.

The European Commission has repeatedly dismissed the claim that it is supporting illegal immigration as "fake news" in recent times.