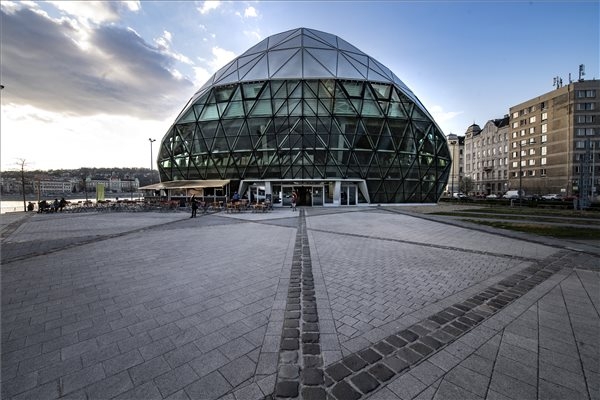 The Budapest Assembly voted to sell the Whale (Bálna) Budapest Commercial and Cultural Centre to the state. The sale was approved with 18 votes in favour and nine votes against.

The meeting approved the initial offer made by the Hungarian National Asset Management Company (MNV) on Feb. 28 to purchase the building for 11.2 billion forints (EUR 35.4m).

Bálna Budapest, a 13,000 square-metre complex by the River Danube that resembles a whale, was opened in late 2013.

Deputy mayor Gábor Bagdy said at the opening that in 2010 his administration had inherited a technically unfinished building which lacked commercial potential, in an underfinanced project under a legally challenging public-private-partnership.

The building, designed by the Dutch architect Kaas Oosterhuis, should have opened by August 2010, but the contractor left it in a half-finished state and failed to pay his subcontractors.

The Budapest municipality bought up outstanding debt in 2012 and paid some of the subcontractors, Bagdy said.

The city of Budapest called an open tender to sell the building in June 2017 with a minimum net sale price set at 11 billion forints.

Government office chief János Lázár announced in November 2017 that the central government intended to buy the Bálna from the city of Budapest for the Hungarian Tourism Agency.

In January 2018, the city assembly authorised Budapest Mayor Istvan Tarlós to start talks with the government on selling the facility to the state.

The opposition Jobbik, Democratic Coalition and Socialist parties today stated their objections to the sale.

Jobbik representative Marcell Tokody said the city should try to make proper use out of the facility. He told reporters before the meeting of the City Assembly that Budapest was selling the building to the state based on property prices of two years ago and real estate prices had risen significantly since then.

DK representative Erzsebet Gy. Németh said that a 11 billion forint lawsuit was hanging over the Bálna and if the city were to lose, it would end up with neither the proceeds nor the property.

Hungary To Buy “Whale” From Budapest