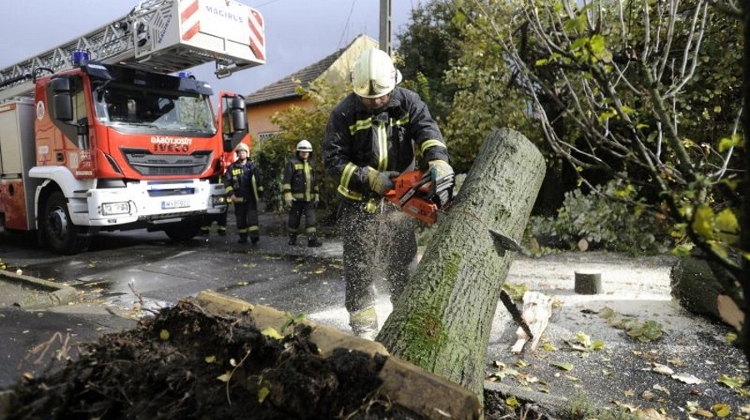 Damage control units are on the alert for falling trees and broken branches, which caused serious damage on Monday, Disaster Control affirmed.

Stormy winds tore off part of a roof on Szép utca in downtown Budapest.

Local volunteer fire-fighters were called into action to remove a tree that fell on to Hársfavirág utca in the 16th District.

In Dunakeszi a concrete pylon leaned dangerously under the burden of a felled tree, endangering both road and pedestrian traffic.