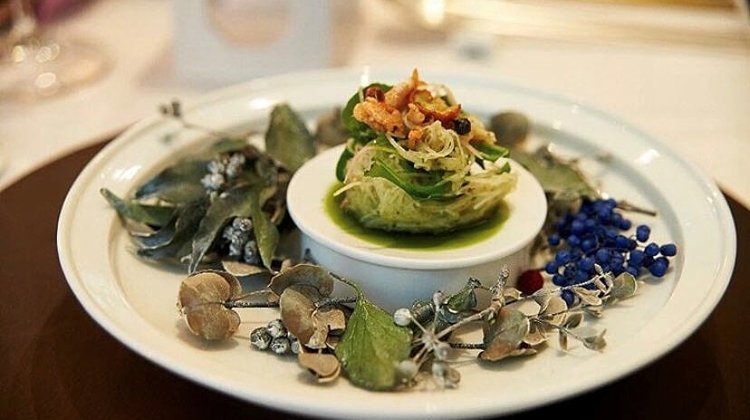 Paprika, bread, and beer are the themes for this year’s Gourmet Festival at Millenáris in Buda until Sunday evening.

A two-star Viennese chef, 'daredevils' from Korean, Russian and Albanian cuisine, and the best Italian sparkling-wine will all be presented to guests.

This is the 9th year that this food and drink fest will bring together the country’s best chefs, winegrowers, confectioners, with the aim of delighting gastronomy lovers.

The organizers came up with these three themes to help inspire the 50 restaurant exhibitors, they say. Besides offering their favorite dishes, participating chefs will also cook up special courses designed especially for the festival.

“We want to present the best of the country as well as raise the international standards each year: this year’s line-up is the strongest so far. We do not only focus on quality, but also on interesting concepts that restaurants bring with them and their chefs who have interesting stories and personalities, as these are what make the gastronomic experience unforgettable,” says Richárd Nemes, one of the event organizers.

Zsófi Mautner’s says, “This will be Gourmet Festival’s 9th year, and it has developed into a mass attraction over the years where basic principles no longer need to be explained to the public.

So we think it's time to choose a mission for the theme, we thought about things relevant that interest us, which is how we got to using leftovers, and waste-free cooking.

Within this category, we chose bread, which is sacred, and symbolic throughout gastronomy. From old Hungarian cuisine to Italian and French the end of bread has often been used in poor and folk kitchens.

This includes breading, fried foods, bread salads and soups, stuffed bread, bread pudding, and many others. Many inspiring keywords come to mind, and we believe these will also inspire chefs.”

András Jókuti, the other host of Gourmet Festival, “We found paprika important because we are known for it worldwide.

Paprika also has a bit of a bitter smell: we have not paid enough attention to changing it up a bit and renewing it to show the world that it’s not only worth coming to Hungary for beef stew and goulash.

We hope restaurants won’t stick to traditional foods, and are inspired to show guests what can be made with paprika that they can be proud of and is unique in 2019.”

The third theme, beer will not only be found as an ingredient in marinades and sauces but will also be highlighted among exhibitors: alongside classic Belgian and Czech beers, Hungarian craft beers will also be on tap.

The two Michelin star Viennese, Konstantin Filippou will offer a fusion between Austrian and Mediterranean cuisines, the one-star Lee Jong-kuk from Seoul will have soy sauce aged for decades and marinades, twin chefs Ivan and Sergej Berezutszkij of Twins Garden will bring several authentic ingredients from Russia to Millenaris.

The best Italian sparkling-wine, Ferrari, will be coming to Millenaris. There will be a lunch pairing with their specially selected sparkling wines, hosted by Strand, chosen as Hungary’s best restaurant and headed by Tamás Széll and Szabina Szulló, who will be preparing an unforgettable lunch menu.

Bledar Kola will also take to the stage. He worked at Noma, one of the world’s best restaurants, in Copenhagen where he gained inspiration that he toke back with him to his native Albania and used it to reinterpret the country’s Balkan and Mediterranean traditions.

Max Stiegl will be there too. He is known for renewing the Burgenland cuisine with guts and steam dumplings, in his restaurant beside Fertő Lake.

Pay With Your Phone

Each year Gourmet Festival strives to make services simpler and more convenient for customers, including paying at the festival.

With the help of OTP Bank, the main sponsor, “besides paying with a touch of your card, you can also use the Simple app on your smartphone to pay at the festival or at any vendor.

All you need to do is digitize your bank card in the app, this way anyone can enjoy paying by phone” - says Zoltán Péter Nagy, OTP Bank’s Marketing and Communication Director.