Head Of PM’s Office: ‘Debate On Fidesz’s EPP Membership Is Actually About Immigration’ 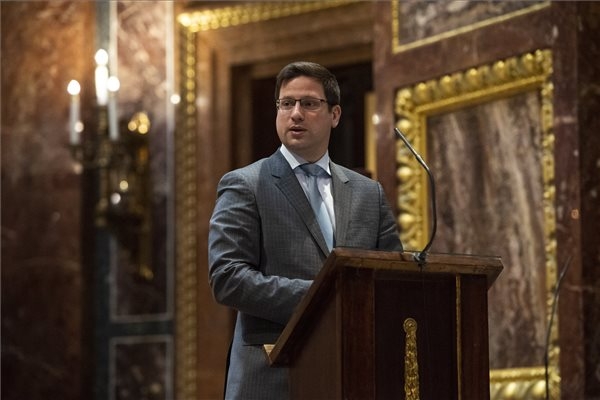 The debate on ruling Fidesz’s membership in the European People’s Party (EPP) is actually about immigration, as the EPP members’ approach to the issue is determined by their stance on migration, Gergely Gulyás, head of the Prime Minister’s Office, said in Budapest.

Fidesz had several conflicts with the parties that initiated its exclusion from EPP even previously because almost all of them had voted in favour of mandatory migrant quotas, Gulyás told a press conference.

He said Weber and Orbán shared the intention that Fidesz should remain an EPP member, with the two sides having an interest in an agreement. Gulyás added, however, that both sides have some “boundaries” which they are unwilling to go beyond.

Orbán made it clear that Hungary cannot and does not want to make concessions in terms of defending its external borders, rejecting migration and protecting Christian culture, no matter what internal conflicts this approach generates within the EPP, he said.

The government welcomes that Weber has informed Orbán about his plans, among which defending external borders and halting migration are priorities, Gulyás said, adding that this is why Hungary can support the German politician’s quest to become president of the European Commission.

Weber made it clear that if he were the EC president, he would take resolute action against migration and for the defence of external borders.

“This is a common cause”, Gulyás said. Weber also stressed the need to totally halt illegal immigration, he said.

Concerning Weber’s previous requests to the Hungarian government, Gulyás quoted Orbán as saying that the billboards warning against measures planned by Brussels would be replaced by ones that promote the government’s family policy measures.

The prime minister also said he had not wanted to insult anyone with the expression “useful idiots” and if someone still feels offended, he is prepared to apologise, Gulyás said.

The minister added that the government considers the future of the Central European University (CEU) in Budapest as guaranteed.

The two sides exchanged views about the future of Europe and the tasks of European institutions, too, Gulyás said.

The next European Commission should focus in the most important issues, he said, noting that over the past few years the commission had failed to address the demographic situation, halt migration and keep Britain, Europe’s second biggest economy, within the EU, Gulyás said.