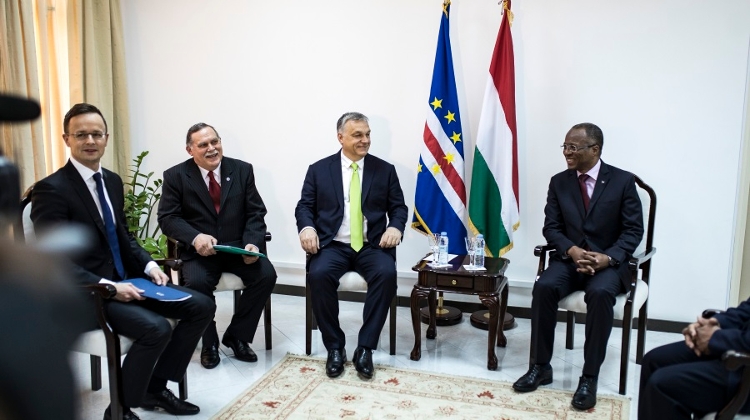 Hungary and Cape Verde are linked by their Christian cultures, Prime Minister Viktor Orbán said in the island country's capital of Praia.

Orbán wrapped up a two-day visit to the country, where he and his delegation met his counterpart, the finance minister and foreign minister. He noted that he and Ulisses Correia e Silva are both deputy leaders of the Centrist Democrat International (CDI).

When they met in Budapest, they realised that “the Christian culture we grew up in allows us to have a similar view of the world, despite being thousands of kilometres apart”.

He said it was rare nowadays for a country to openly identify as Christian. “This is banned in Europe,” he said, adding that “we can’t talk about questions of identity there; it’s a different world.”

Hungary will offer 35 million euros of tied aid to Cape Verde with a view to developing its agriculture and water management. It will also disburse 15 million euros in private credit to help set up joint ventures between the two countries, Orbán said.