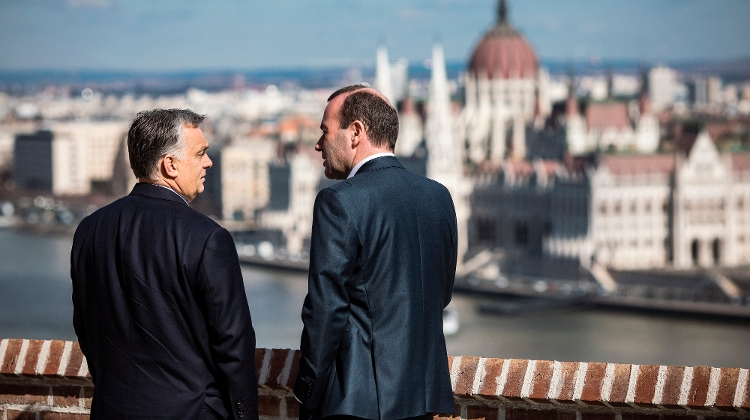 European People’s Party group leader Manfred Weber “should have had more on his agenda” for his Budapest visit on Tuesday, Socialist MP Tamás Harangozó told a press conference, and insisted that “Hungary has greater problems than the government’s billboard campaign”.

The Socialist deputy group leader said that “little is known” about Weber’s talks in Budapest, and added that “the billboards with images of Soros and Juncker have disappeared but only along Weber’s route”.

This in itself demonstrates the government’s “North Korean methods” and “to what extent they consider Weber and the EPP useful idiots”, he said, adding that Prime Minister Viktor Orbán had not apologised for the derogatory campaign “nor will he do so”.

Referring to a proposal tendered by an EPP MEP and adopted by the European Parliament on Tuesday, under which Russia should no longer be considered as a strategic partner for the EU, Harangozó said the proposal was supported by deputies of Orbán’s Fidesz party “thus condemning him and his government”.

According to the EPP “Europe should be protected from the Putin plan rather than from a Soros plan”, Harangozó insisted.

“Orbán and Fidesz are misleading people; they do not seek authorisation at the upcoming European elections to protect Europe’s Christian democracy and to reform Europe but to serve their own political and economic interests as well as those of foreign powers,” he said.

According to Fidesz, the Socialists “may feel uncomfortable when confronted with the pro-migration plans of Brussels or Soros”.

In a statement, the ruling party insisted that the Socialists “and other pro-migration politicians” have just voted for “another point in the Soros plan” in the European Parliament under which “funds to finance the accommodation of migrants would be tripled”.