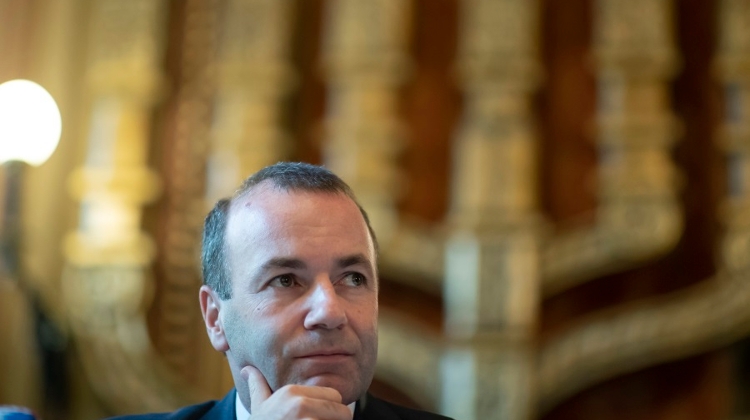 Although after three hours of talks with PM Victor Orbán in Budapest, EPP top candidate Manfred Weber said they could not agree on all issues, a liberal reporter believes, that he offered a face-saving solution to the last contentious issue.

After Mr Weber’s visit to Budapest two of the three conditions he set for Fidesz to remain a member of the European People’s Party seem to have been settled.

Gergely Gulyás, the Minister in Charge of the PM’s Office told the press that the billboard campaign against EU leaders will be halted this week and Mr Orbán is ready to apologise to EPP members who feel offended by his statement that those who criticise him were ‘the Left’s useful idiots’.

As to Weber’s third demand, Gulyás said ‘Hungary sees the future of the Central European University in Budapest as assured’.

Meanwhile, the Hamburg daily Die Welt reports from Budapest that all three demands will be satisfied by the Hungarian Prime Minister, with the CEU issue to be solved through involvement of the Bavarian government and the Munich Technical University.

On hvg online, Judit Windisch asks whether Mr Weber ‘only wants to save the CEU or also Mr Orbán’s face’ but takes it for granted that a solution has been found to the controversy.

Mr Weber said three CEU programmes would be financed by the government of Bavaria, the Munich technical University and BMW motors respectively.

Windisch asked the Munich Technical School how that system would work out and was told that the Bavarian side thought their scheme, which would also involve an unnamed US university, would satisfy the conditions set by the Hungarian law and thus guarantee the long-term presence of the CEU in Budapest, including the controversial US accredited MA and MS programmes.

Windisch interprets all this as proof that Mr Orbán would go to any lengths to remain within the People’s Party. Mr Weber on the other hand, she believes, has offered him a way to yield on the CEU issue without being forced to amend the Higher Education Act.