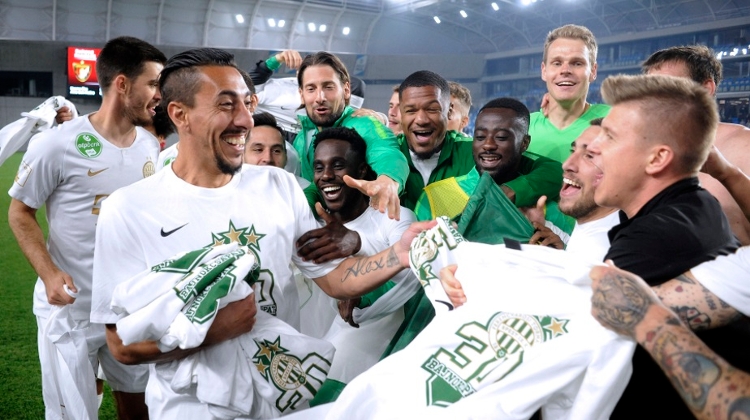 Ferencváros have sealed their 30th Hungarian league title without kicking a ball, thanks to second-placed team and reigning champions MOL Vidi FC's draw at home to struggling Puskás Akadémia.

Hungary's most successful club were 11 points ahead of second-placed MOL Vidi FC with four games to play after head coach Serhiy Rebrov had masterminded eight consecutive wins since defeat to Debrecen in late February. This relentless run of good form has now culminated in the OTP Bank Liga title being regained after a two-year hiatus.

Ironically the last team to topple Ferencváros as national champions in 2017 were Honvéd, but Ferencváros didn't need to rely on a positive result against this year's Hungarian Cup finalists (Honvéd will face MOL Vidi in the final late next month).

Marko Nikolic's Vidi had won every home league fixture since Diosgyőr defeated them over two months ago but they dropped two crucial points in a 1-1 draw at home earlier in the afternoon, Georgi Milanov's 54th minute penalty conversion being cancelled out by Ádám Kovácsik's unfortunate 84th-minute own goal.

Later on Saturday evening, Fradi lost 3-2 to fifth-placed Honvéd after twice scoring equalising goals. Honvéd's Ben Hatira notched his second goal of the game to seal all three points for the 'home' side Honvéd, who were acting as hosts in their temporary home of the New Nándor Hidegkuti stadium.