Opinion: No Matter What PM Orbán Says, Hungary Is 'Not Safest Country In Europe' 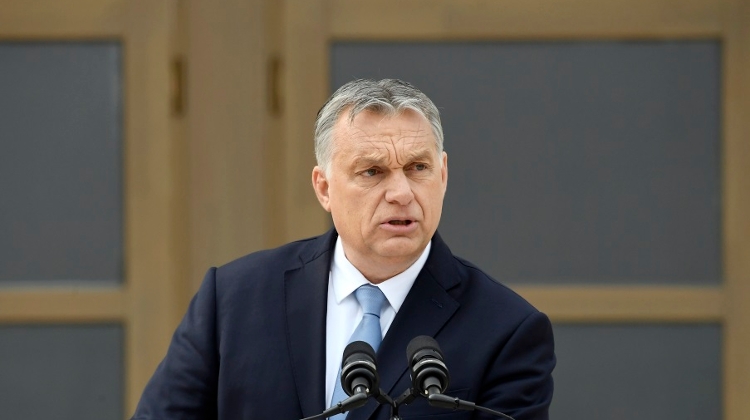 Those who follow the Hungarian media cannot escape the impression that Hungary is not such a safe country as its prime minister wants the world and Hungarian citizens to believe.

Almost a year ago Hungarian Spectrum had a post  about the country having a high murder rate with no supporting statistics. As examples, there were a few cases from 2017.

Articles appeared here and there about the problem, but not too often. In 2017 Index wrote a short report on crime in general and noted that, in the previous year, 226 people had been murdered in the country. But it didn’t attempt to compare this figure to murders in other European countries.

In January 2018 Népszava published an article with the misleading title “We are more afraid than four years ago—What do statistics show?”

It was misleading because the conclusion of the article was that, although the crime rate is actually quite low, in comparison, for example, to Mexico (!), only half of the population feels safe while the other half is afraid to go out after dark. The author believed that this heightened fear was the result of government propaganda.

In contrast, in November 2018 a blogger wrote an article titled “Hungary is one of the most dangerous places in Europe,” in which the truth at last emerged.

Citing international statistics for the year 2016, he showed that the number of intentional homicides, in comparison to other European countries, was very high.

After Latvia, Lithuania, Estonia, and Belgium, Hungary was the fifth worst out of the 28 member states of the European Union. (The high murder rate in Belgium was most likely due to the terrorist attacks in that country in 2016.)

The author criticized the opposition for not taking advantage of this information to counter the government’s “cheap lies” about “the west, which is drowned in migrant terror.” The blogger, by the way, was right. The opposition definitely missed an opportunity since the statistics were already available in 2017.

In the last few days, however, we have seen article after article about the dreadful situation in Hungary as far as homicides are concerned.

It was an opinion piece by Gyula Hegyiin Népszava on April 5 that prompted this avalanche of articles. Hegyi is a former MSZP member of parliament (1994-2002) and former member of the European Parliament (2004-2009). After 2009, he became a member of the Hungarian European Commissioner’s staff. Therefore, Hegyi has a great deal of knowledge about the workings of the EU, and he also closely follows EU-wide developments.

The title of his opinion piece was “We are leading in murders too.” From the article we learn that in the last nine years the number of homicides has grown by roughly 50%.

Gyula Hegyi’s conclusion is that the reason for these horrific statistics is “the shameful social policy, the poverty, and the cult of violence.” Citing homicide ratios from East-Central European countries (Slovakia 1.5, Czech Republic 0.61, Slovenia 0.8), Hegyi argues that the dismal Hungarian numbers are “not the result of some kind of curse in our region.”

He suggests that, instead of abstract concepts that are difficult for the average citizen to grasp, “the opposition should confront Hungarian society with these shocking facts.”

Shortly after the publication of Hegyi’s opinion piece, Index’s “Eurologus, a blog that concentrates on news from Brussels,” published an article titled “Where do most murders occur in the EU?”

The article looked at murder rates in European countries. In addition, the author examined annual Hungarian suicide statistics and claims that, until 2015, the number of suicides was decreasing. But then it suddenly shot up and has remained high ever since.

After comparing the available figures, the author concludes that the safest countries are Slovenia, Austria, the Czech Republic, the Netherlands, Spain, Portugal, Italy, and Poland. By the way, “Eurologus” took a quick look at the suicide rates in the EU and found that homicide rates and rates of suicide show similar tendencies.

Finally, a glimpse into how the government media manipulates “statistics.”

A couple of days ago a news item appeared in Origo, commenting on the fact that until now New York had the highest number of homicide cases but that London just surpassed it. It is a first. Indeed, that is the case, as several American and British publications reported.

In February, 15 murders took place in London and 14 in New York. Since both cities have approximately 9 million people, the comparison is valid. What Origo failed to report, however, is that the populations of London and New York are approximately the same as the whole of Hungary.

In brief, the high numbers Origo is rejoicing over are basically the same as Hungary’s. As a whole, Great Britain is considerably safer than Hungary and the United States is, as those of us who live in the U.S. are only too aware, much less safe.

It doesn’t matter how you slice it, the presence of migrants doesn’t seem to make any difference as far as murder rates are concerned. Italy, for example, is full of immigrants and yet the country’s murder rate is exceptionally low (0.67).

Greece, Austria, Denmark, Germany, and Sweden, all of which have large numbers of migrants, have a great deal fewer homicide cases than Hungary does.

But such facts are irrelevant to the Hungarian government propaganda machine. It will continue to equate immigration with crime, regardless of what the statistics say.