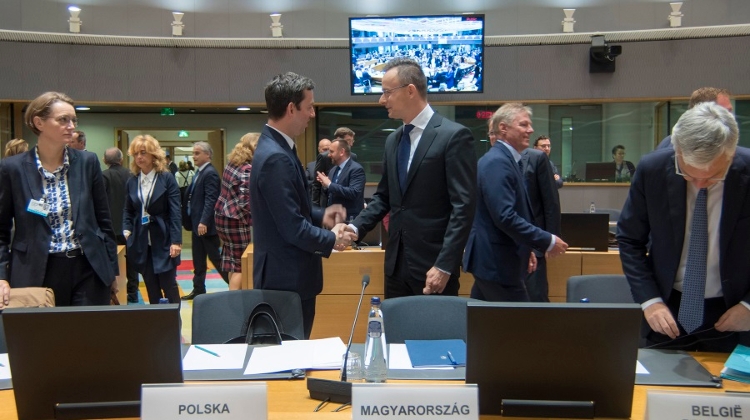 “There is a new political situation in Europe”, Foreign Minister Péter Szijjártó said, adding that the European parliamentary elections have “toppled the status quo”.

Speaking on the sidelines of a meeting of EU trade ministers in Brussels, Szijjártó said that in the next parliamentary cycle decisions would require more than “the two largest groups, the European People’s Party and the Social Democrats, sitting down with each other”.

The minister envisaged huge debates concerning the European Union’s future, both in terms of “personnel and political” issues. According to the Hungarian government, none of the top candidates are suited to head the European Commission but there is hope for “suitable candidates to emerge” during the talks, Szijjártó said.

The minister said it was important for central Europe, which he called the EU’s “engine of growth”, to have strong representation in the bloc’s leadership. Szijjártó said Hungary would only back candidates “who believe in an EU built on strong member states, are ready to prioritise Christian culture and want to stop, rather than organise, migration”.

Szijjártó noted that apart from the ruling party of Malta, Fidesz had won with the biggest margin of votes on Sunday. It was followed by parties like Poland’s ruling Law and Justice (PiS), Austria’s People’s Party (ÖVP) and Italy’s League party, he added.

Szijjártó said Fidesz was “by far the most successful” member of EPP, adding that it would have the third largest number of seats within the group. The minister said this would have to be taken into consideration in the upcoming debates about the EPP’s future direction.

As regards the meeting, Szijjártó said any “any kind of trade war and all restrictive measures [on trade] are against Hungary’s interests.” He said the EU was incapable of adjusting fast enough to the constant changes in the world economy and would therefore require reforms.

Concerning the transatlantic trade conflict, he cited a European Commission official as saying that the US had no intention of negotiating the elimination of industrial tariffs, which the minister said was “a big problem”. He added, however, that it was unsurprising, noting that this was what US President Donald Trump had promised.