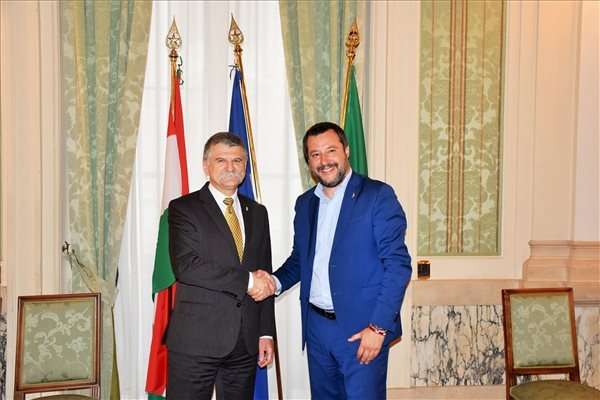 Prime Minister Viktor Orbán called Matteo Salvini a hero. “He is the hero who stopped migration via the sea, as we did on land,” he said in an interview to La Stampa.

Meanwhile, Orbán called the Dublin Regulation that sets the first country of arrival as the place to lodge an asylum request “dead”.

“It’s a law that no one sticks to,” he said, adding that there was no common European solution to migration.

He said a body of Schengen interior ministers similar to the council of EU finance ministers should be set up to find intergovernmental solutions to the issue.

Asked about nationalism, Orbán said he did not share the negative assessment of nationalism.

But fine, let’s leave behind the fight over nationalism-related terminology and write that I’m a patriot.”