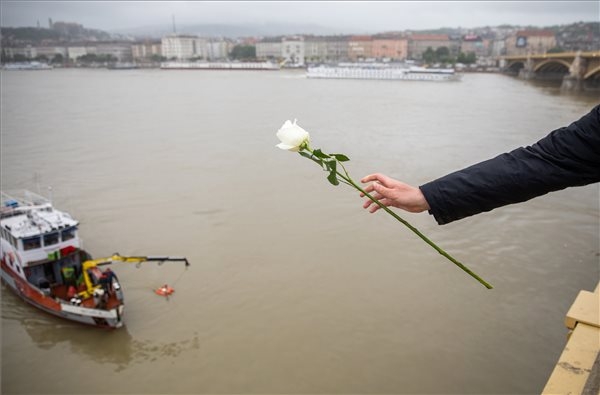 At least seven people died and another seven were injured when a sightseeing boat carrying 33 South Koreans sank after colliding with a larger cruise ship.

In his telegram to President Moon Jae-in, Áder said Hungarian authorities will make all possible efforts to find the survivors and to ensure the speediest possible recovery of those hospitalised, the president’s office told MTI.

He expressed deep condolences and sympathies with members of the victims’ families and the South Korean people.

In his letter to Prime Minister Lee Nak-yeon, Orbán said Hungarian authorities will make all possible efforts to find the accident’s survivors.

“At this difficult moment, we are with family members of the victims and the South Korean people.” PM Orbán said.

Parliamentary Speaker László Kövér has expressed his condolences to his South Korean counterpart over Wednesday’s ship collision in central Budapest, which claimed at least seven lives.

In his telegram to Moon Hee-sang, Kövér expressed his sympathies with the families and friends of the victims, parliament’s press office said.

Kövér assured his counterpart that Hungarian authorities will provide effective assistance to the survivors and do their utmost to find those who went missing.