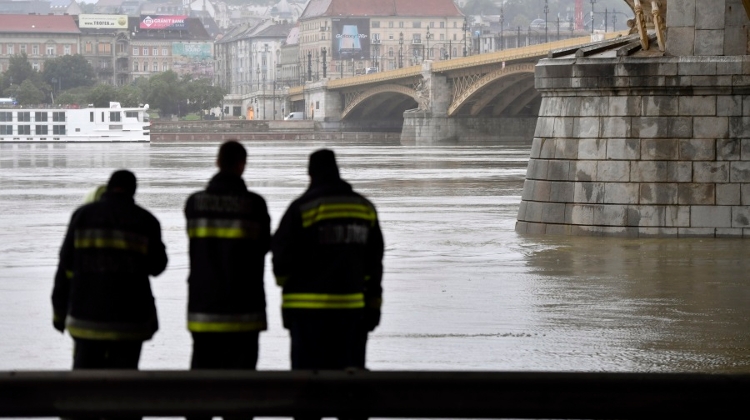 Rescue crews on Friday geared up to raise the sightseeing boat from the bottom of the river while scouring the waters for victims. Seven people are confirmed dead and around 20 are still missing.

"I wouldn't say there is no hope, rather that there is a minimal chance (of finding survivors)," Pal Gyorfi, a spokesman for the Hungarian national ambulance service, told the M1 state broadcaster on Thursday.

Officials said preparations to bring up the 70-year-old boat, which was built in the former Soviet Union, could take days.

The search for the missing had extended far downstream, even into Serbia, where the Danube flows after leaving Hungary.

MTI photo by Máthé Zoltán. Video below via EuroNews: