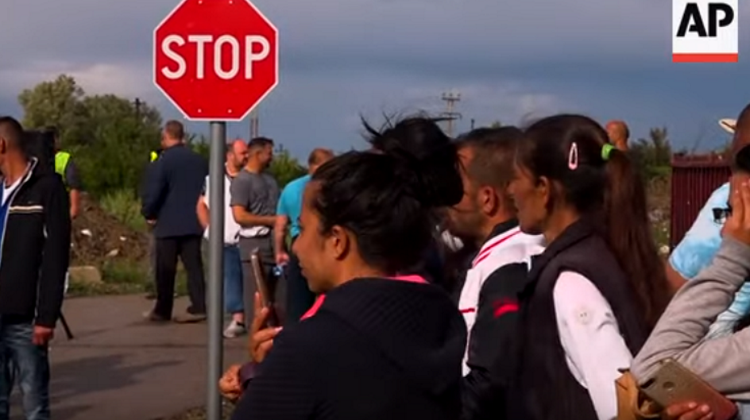 A small far-right party has held a rally in a rural Hungarian city, exploiting renewed tensions with some of the local Roma population.

About 400 people attended Tuesday evening's rally by Our Homeland Movement in the east-central city of Torokszentmiklos, but a plan to march through the city's Roma areas wasn't allowed by police.

In his speech, party leader Laszlo Toroczkai evoked the Hungarian Guard, a vigilante group disbanded by a court ruling in 2009, saying that the problems in Hungary - like alleged crimes by Roma - that had led to its creation had only become worse since.

Nearby, about 200 Roma commemorated the victims of a series of Roma killings a decade ago and two other groups also held small protests against the far-right event.