Voting In The European Parliament Election As An Expat In Hungary 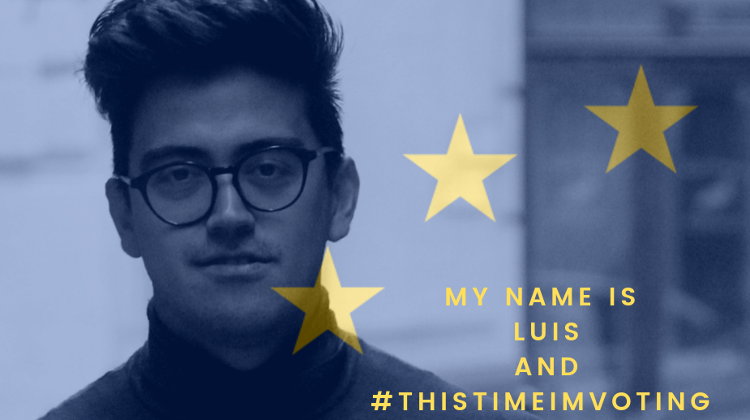 Here's a quick Q&A with Venezuelan-born Luis C Cano who is promoting expat voter registration in Hungary as part of the "Jövőképző" ("Future Trainer") initiative.

In case you didn't know, elections for European Parliament will be held on 26 May, and expats from EU countries who are residents of Hungary can choose if they would like to vote in their home countries or for a Hungarian party list.

What's your background, what makes you passionate about politics in Hungary and the European Union?
Luis C Cano: I am a lawyer in human rights and constitutional law with Venezuelan roots. I moved to Budapest due to the economic and political crisis in Venezuela and completed my studies at Central European University ten years ago. Having survived populism and realizing the direction in which Hungary and many other European countries are heading, made me appreciate how important it is to fight to defend the European project.

Nothing is for granted, populism and hate have the power to undermine our democratic values, we shall not let it happen. As an expat who has recently done the citizenship process to become a Hungarian I am convinced it is my responsibility to prevent the dangers of populism in my new home. I already lost one country and I am not going to lose another one! Not without a fight!

The elections for the European Parliament traditionally have very low voter turnout. Why should we care about them?
The European Union has a major positive impact on our life and we might be taking it for granted. From what we eat, to how we move and how we interact with each other. On top of that, all the companies I have worked for have been multinationals with offices all over Europe, which is possible thanks to the Union.

The EU's freedom of movement allows expats in Hungary to work, study, live and love here, just as it grants these opportunities to Hungarian citizens in other EU countries. It is worth fighting for this by supporting parties that aim to strengthen the European project instead of dismantling it.

Has there been any event that motivated you to become active in this cause? And what exactly do you do to support it?
My university was recently forced to move out of the country due to the pressure from the Hungarian government and this was also a trigger to understand that we as Europeans cannot take democracy or our freedoms for granted.

Thus, I have become part of an education program under the foundation of a local political party, Momentum Mozgalom. Even when not being a party member, the foundation shares my values of liberalism, respect of the rule of law and critical thinking.

Our initiative is named “Jövőképző”, the name in English would be "Future trainer." We joined the #ThisTimeImVoting campaign to get expats and Hungarians abroad out there to vote. We organize workshops and produce videos and material online to inform people how to get register and vote in Hungary or abroad in the EU elections.

What are the requirements for voting and what do expats have to do to register for the election?
The registration is open to expats from EU member states who have a Hungarian address card and are at least 18 years old. The request can be submitted online or by post, which we explain in a YouTube video. It is important that the request is sent before this Friday, 10 May, which is the deadline for registering.

As for Hungarians living abroad, the same participation restrictions apply, and their process of registration has to be in front of the Hungarian diplomatic representation offices as indicated in this video.

We have made these videos to increase voter turnout and demystify the burden of registering while living out of the borders of your own country. Momentum also has put a lot of work into engaging expats and Hungarians to vote as the turnout in Hungary is below the European average at 29%. The party and its foundation have created much information material including a well updated website to inform voters on how to better engage.

Exercising your right to vote can have a huge impact and save Europe from those willing to destroy it. I can only use the slogan of our organization to encourage you all to be active citizens: Feel Europe, Think future, Vote Local!

Register here to vote in the European Parliament elections before Friday, May 10.