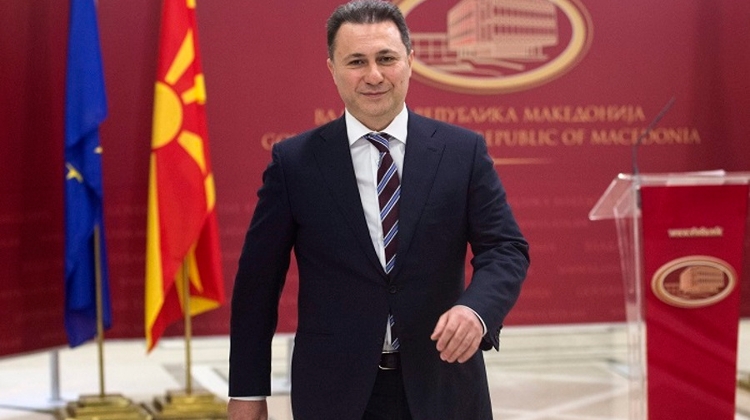 A Budapest court rejected a request from North Macedonia for the extradition of former Macedonian Prime Minister Nikola Gruevski, who has been granted asylum in Hungary.

In its justification, the Budapest Municipal Court said that under Hungarian law, having been granted refugee status, Gruevski could not be extradited to the country he had fled from.

The judge presiding over the case warned Gruevski that the international warrant for his arrest issued by Skopje and the extradition request were valid, but could not be executed on Hungary’s territory.

The judge, Éva Várhegyi, said that the court has the authority only to assess the lawfulness of the extradition request, taking into consideration the Hungarian immigration office’s decision to grant asylum to Gruevski.

A final decision will be taken by the justice minister, she added. The judge said she had ordered Gruevski to be set at liberty. The decision is legally binding.

Gurevski held office between 2006 and 2016. An arrest warrant was issued on November 12 last year after he failed to start a two-year prison sentence for corruption. He announced on his Facebook page two days later that he was in Budapest and had submitted a request for political asylum.

Hungarian Authorities 'Made No Mistake' In Gruevski Procedure