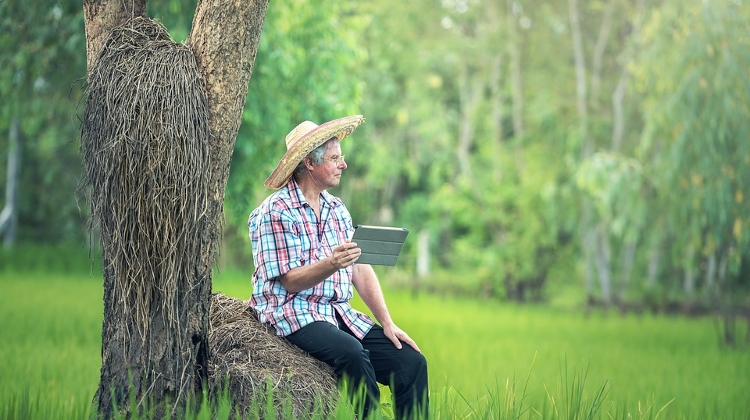 Hungarian farmers engaged in plant cultivation are open to precision technologies; in fact, 23% claim to apply them (i.e. modern technologies and digital devices) already. In the past year, the ratio of companies using digital devices in farming increased significantly, from 75% to 93%.

This may constitute a strong basis for the continued proliferation of precision farming. Subsidies as well as help from distributors in installing and operating the new technologies could be the prime factors promoting the spread of precision solutions. This is the second time when eNET examined the status of precision farming in Hungary.

Precision technologies that increase the efficiency of agricultural production are gaining importance around the world. According to a forecast by BIS Research, the global precision farming market should expand by 13% each year until 2022, when the sector’s value will probably reach USD 7.6 billion.

According to an analysis by Roland Berger, North America leads the market, but the shares of Europe, Asia and South America are also considerable.

A statement by the European Parliament in June 2016 marked an important milestone towards the adoption of precision technologies in Europe as it encouraged the usage of new technologies by farmers,  therefore the elimination of the barriers to precision farming will be important.

According to eNET’s thematic research conducted in 2019, awareness of the concept of precision farming is at an average level among Hungarian businesses (individual entrepreneurs and companies) involved in plant cultivation: 79% have heard about it and know what it means. About 61% of farms are open to the active usage of precision devices.

Some 23% of the survey respondents claim to be engaged in precision farming; this ratio did not increase significantly compared to the previous year (21%). As much as 79% of those who do use precision technologies are satisfied with their solutions.

For the purposes of the 2019 research, eNET defined precision farming as follows, so that all respondents should have a shared understanding of the notion: „In precision farming, soil is cultivated based on location-specific information (taking into consideration the area’s varied features), involving data collection about soil characteristics, work processes and production yields, and utilising the results in the following periods.

As an important characteristic of precision farming, modern technologies and digital devices play a key role in all phases of the process. Precision farming increases productivity as well as the safety and profitability of production; farmers can save time and money and reduce the burden on the environment.”

As to the specific precision farming technologies presented in the research, GPS tracking, auto-guidance system, and auto-steering proved to be the most widely used, with 58%, 47% and 24%, respectively.

Concerning the technologies not yet applied but opened to use them, drones and RTK (real-time kinematic, i.e. real-time movement control) lead with 13% each, closely followed by auto-steering (12%).  Consequently, these are the solutions on which manufacturers and distributors should focus in Hungary. 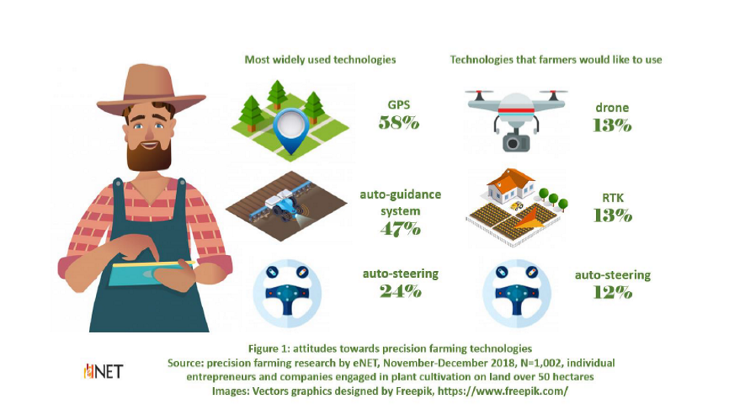 Even though 23% of the businesses participating in the survey claim to already perform precision farming, two thirds of them stated that they used at least one of the 10 technologies listed. This indicates that some farmers are not aware that the solutions they use constitute precision technologies, or they do not consider them as such.

93% of the examined farms use digital devices in their operations. The usage of all device types increased significantly compared to the previous year; specifically, desktop and laptop computers are used more often (from 60% to 86%), along with tablets (from 33% to 51%), and smartphones (from 56% to 73%). This may have a positive effect on the proliferation of precision technologies. 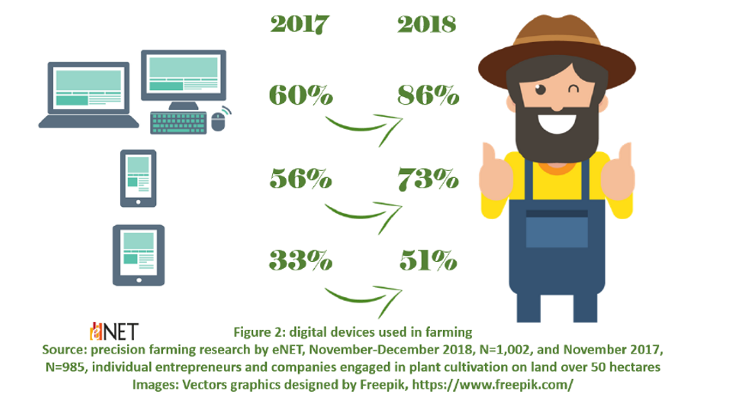 Non-repayable subsidies are clearly the main factors promoting the adoption of precision technologies. If such funds were granted, almost half (48%) of all farms would install (further) precision solutions. Additional major drivers: special bank loans (19%), and repayable subsidies (16%).

In addition to financing, support for installation and operation is also deemed important: 12% of the respondents would use such solutions if they received help in installation; 10% if they were trained in in using the technologies; and 7% if the manufacturer or the party installing the system checked the devices regularly.

Subsidies, other funding and bank loans, as well as installation and operation support by manufacturers and distributors could greatly contribute to the (continued) proliferation of precision farming in Hungary.