Video: Rally Car Smashes Into Spectators In Hungary As Driver 'Shows Off' On Victory Lap 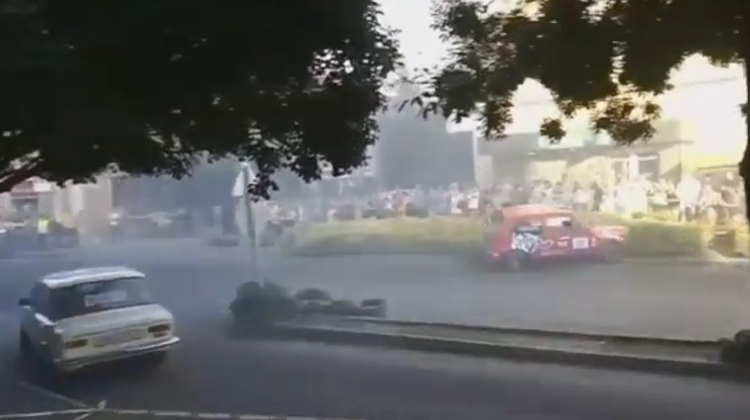 Hungarian news outlet Beol reports that 11 people were injured in the incident, including two who are in a life-threatening condition.

Police and paramedics were said to be quickly on the scene to help onlookers free the injured spectators and remove the car.

Hundreds of cars took part in this annual two-day rally, now in its 10th year.

Police continue to investigate the circumstances surrounding the crash, which seems to have been caused when the driver unexpectedly revved his engine coming out off a bend on a final victory lap.