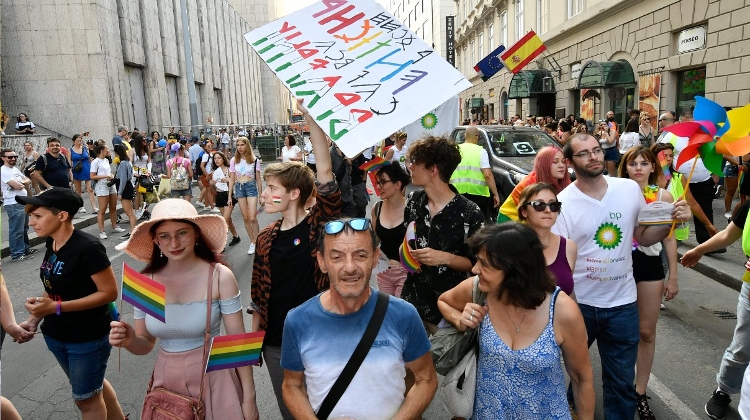 A conservative pundit accuses liberal progressives of trying to force their worldview on people who consider homosexuality a sin.

On Saturday, the annual Budapest Pride March was held without disruption. In contrast to recent years, the police secured the walk by placing a handful of loud anti-gay protesters behind a fence, rather than limiting the free movement of gay pride demonstrators.

On Mandiner, Gergely Szilvay finds controversial an open letter signed by around a hundred business leaders advocating the toleration of homosexuality, and demanding that only job-related merit should count at workplaces rather than sexual and gender orientation. The conservative pundit thinks that it should be natural that only personal performance matters at one’s workplace.

Szilvay suspects that the business leaders ostensibly supporting the toleration of homosexuality have a hidden agenda to promote ‘gay pride dogmatism’, and discriminate against those who have other values.

Szilvay suggests that in such progressive circles, not attending the gay pride walk has become a stigma. In an aside, Szilvay wonders what would happen if business leaders urged their colleagues to endorse conservative values.