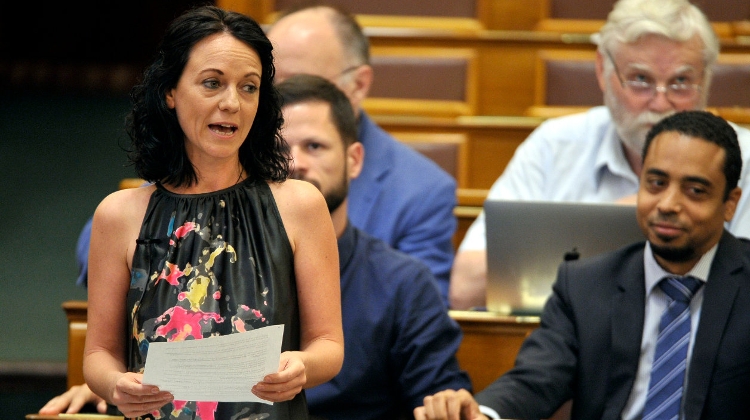 Civil groups and the opposition Socialist, Párbeszéd and Democratic Coalition (DK) parties have called on the courts to suspend all ongoing non-payment procedures, auctions and home evictions relating to foreign currency loans.

At a press conference in Budapest, Mrs. István Hosszú, representing the Debtors’ Chamber and a consultation body for troubled forex loan holders, called on the Kúria, Hungary’s supreme court, to advise the government to permanently settle the issue of foreign currency-denominated loans.

DK deputy leader László Varju accused the government of “deliberately blocking” the resolution of the situation of forex debtors and refusing to implement the European Commission’s decisions in the matter.

Varju called on the government to release its 2015 agreement with the European Bank of Reconstruction and Development (EBRD) on the financing of forex loans.

László Szakács of the Socialists said the government was “denying the forex loan problem while 60-80 families are evicted from their homes each week”. He called for holding banks accountable, the suspension of non-payment procedures and the cancellation of the government’s pact with the EBRD.

Párbeszéd co-leader Tímea Szabó criticised the lawmakers of the ruling Fidesz-Christian Democrat alliance for boycotting an earlier special session of parliament convened to debate the situation of forex debtors.

She accused the prime minister and the government of indifference over the situations of people in need.