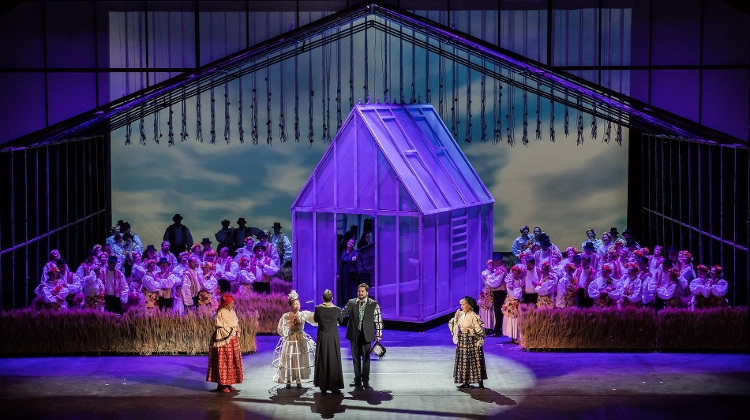 Miskolc is the fourth largest city in Hungary, it’s also the county capital of Borsod-Abaúj-Zemplén and the regional centre of Northern Hungary. Surprisingly, given its importance, many expats have yet to visit. If you ever need a special reason why, then the Bartók Plus Opera Festival is a good one!

Ever since 2000 this growing festival of opera and more has made Miskolc an important stronghold of the opera scene in Central and Eastern Europe.

The main objective of this International Opera Festival in Miskolc is ‘to connect the city and the region to international musical life,’ and as it turns out the organisers (Beáta Farkas, Festival Director, Eszter and Boglárka) did an excellent job again in 2019. 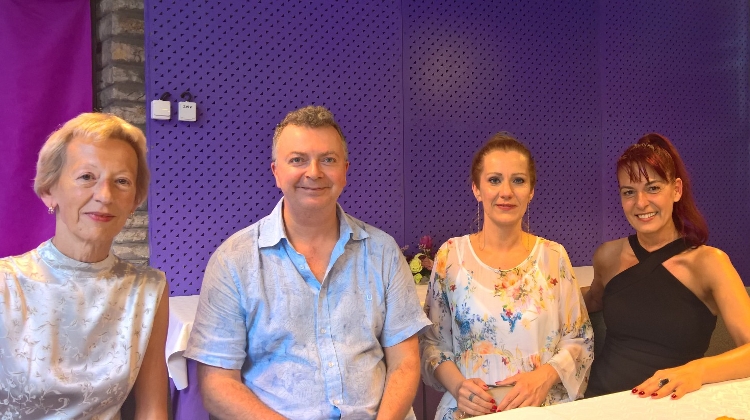 This prestigious event is supported by Bartók's descendants and inheritors, it is internationally renowned as the pre-eminent Bartók festival, and one of the primary missions of the Bartók Plus Opera Festival is to sustain and spread Bartók's legacy.

Accordingly, now the festival has the name Bartók Plus Opera Festival, and it holds the principle that without contemporary popular operas being capable of addressing huge audiences, ‘opera performances will become mere museums’, and without public support it will be narrowed down to a minor genre of performing arts.

Good to note is that in the opera composition competition during this festival in Miskolc, several young composers from different countries could make his or her work known to the public as well as the jury.

Another notable feature this year as the multi-media presentation of Giacomo Puccini’s La bohème (https://operafesztival.hu/index.php/en/programme/opera/event/1152-giacomo-puccini-bohemelet) at the Miskolc National Theatre - Summer Theatre.

One of the protagonists of the opera, Marcello a painter, documents the story in his paintings. The audience in Miskolc were treated to a 90-minute art animation during the performance, which was created using more than one hundred well known paintings.

These paintings appeared on a giant screen through almost all of the opera; sometimes illustrating the plot or providing background to stage events, and sometimes the story itself was set on the screen.

This intimately sentimental and suggestive production was hence made ‘easily digestible’, even for those for whom this was a first encounter with the opera genre.

Audiences also enjoyed a vast array of other creative and cultural performances over this nine day festival in Miskolc, including Pietro Mascagni's Rustic Chivalry, Péter Eötvös's The Golden Dragon opera in English, and the Three Tenors Gala with Galeano Salas, Istvan Horvath, Mihail Mihailov and many more...

Things to do in Miskolc

There are so many other thing to visit in Miskolc, to name a few there is the Miskolc Zoo, Pannon Sea Museum, Ottó Herman Museum, Museum of Theatre History, and the House of Arts. A definite highlighted and a great way to enhance any trip to Miskolc is by visiting the amazing Miskolctapolca Cave Bath. 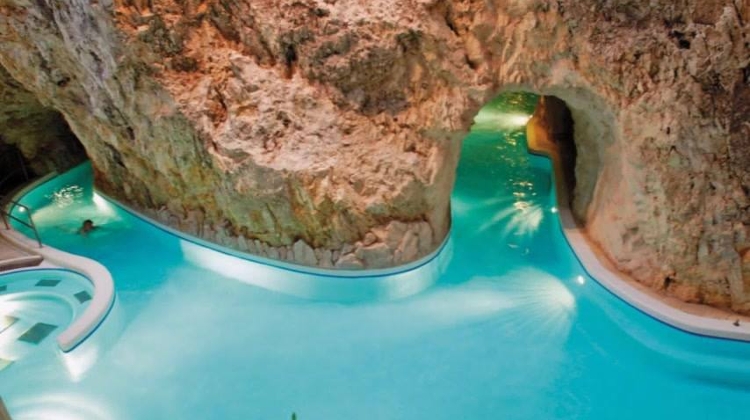 A real treasure of Hungary, and of Europe as well as the world, is this unique spa in a cave. It was formed naturally by water pouring through it over thousands of years, and today is an ‘unmatchable experience’ in nature.

The water temperature is perfect thanks to thermal water rising from the depth of mountain, and so importantly it’s perfectly clean and clear, plus ther are health benefits from the cave’s fine air. Many swear on the curatives powers of this cave bath due to the micro climate and warm karst water.

The outside area has 6 swimming pools set in a beautiful green area. Also available are special options such as mud-packs, effervescent baths, medical massage and water jet massage, as well as the Floatation therapy.

Where to eat well in Miskolc

Kispipa Halászcsárda, (Fishermen’s Inn), a quality restaurant specialising on, yep, great fish dishes. It is conveniently located in the neighbourhood of the Opera Festival, a key attraction is this downtown venue has a lovely outdoor setting, with charming tables decorated with fresh flowers. 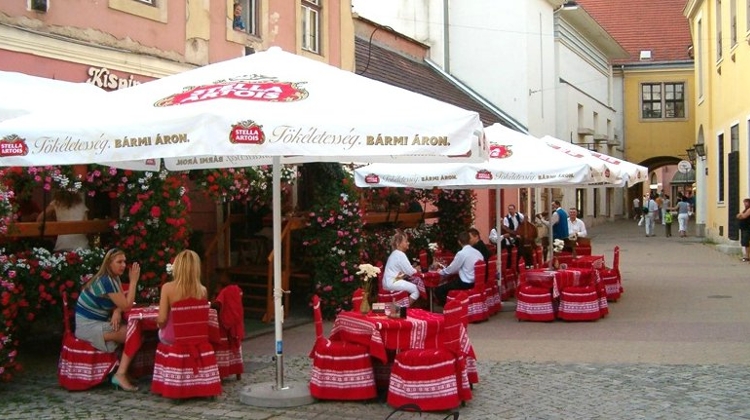 It worth mentioning the menu offers so many choices it really is an enjoyable challenge to find the dish you most fancy trying. (http://kispipahalaszcsarda.hu/index.php?m=2). The nicely chilled Chardonnay keeps you refreshed while you look through the menu, and decent live music allows the rhythm to continue with your meal, and important to mention it was not too loud so you can talk easily about the next cultural performance you fancy enjoying.

In a Halászcsárda an obvious option is try the Fisherman’s Soup, and it is an excellent choice, thick, rich and very tasty. The cold cherry soup is also outstanding, especially on a hot summer day. Very refreshing, and full of fresh fruit.

A main worth trying is the Mixed Fish Plate, which includes trout, carp, and catfish, plus fried frog’s leg, crab’s claws, and cuttlefish, plus chips and roast veg, it easily feeds two and really hits the spot. Service and the whole ambience score a ten too, this is a restaurant to return to.

Great place to stay in Miskolc

Situated in one of the small old streets in the heart of the historic downtown, very close to the National Theatre of Miskolc, Hotel Öreg Miskolcz (Old Miskolc) with its 'art deco' style fits in the surrounding buildings radiating the atmosphere of the early 20th century. 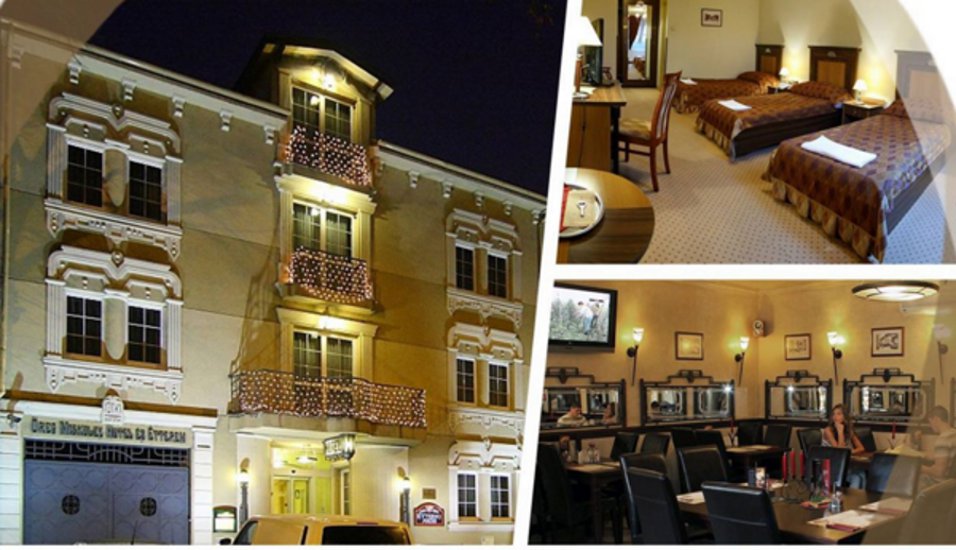 The 23-room, four-star hotel, which preserves the style of these marvellous buildings, was built in 2005. Hotel offers singe, double, triple rooms or - if required - even rooms for four or six, a suit with two bedrooms, a room for the handicapped and rooms for non-smokers.

The same standard applies to Öreg Miskolcz Restaurant, which boasts a homelike atmosphere and an excellent place to talk through the experiences of the previous day with fellow opera enthusiasts.

Also worth a mention is that The wellness area is free of charge for guest and hotel has its own parking area with security cameras.