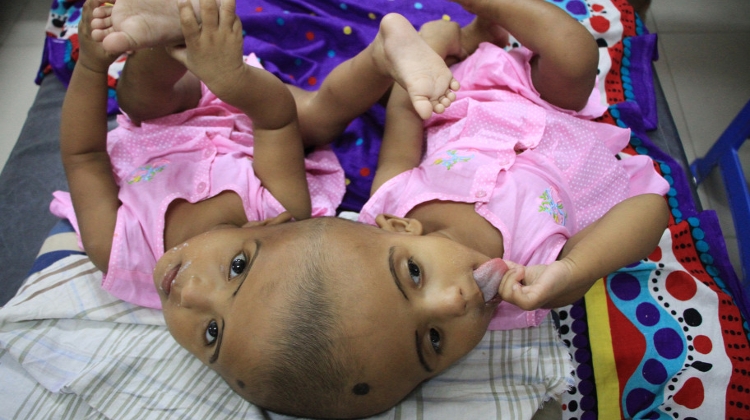 A team of Hungarian doctors has successfully separated Rabeya and Rokaiya, Siamese twins conjoined at the head, in a 30-hour operation ending on Friday in Dhaka, Bangladesh, the Foundation for Defenceless People that organised the operation, told MTI.

The three-year-old Bangladeshi twins are in a stable condition but complications cannot be ruled out, the foundation said.

Apart from ensuring a better quality of life for the children, “Operation Freedom”, as the series of operations has been dubbed, is also a trailblazer for new treatment methods, the foundation said.

The first phase, including groundbreaking work to separate the blood flow of the brains, was conducted by a Hungarian team led by István Hudák in Bangladesh in August 2018.

Preparatory surgery to separate the twins was performed in Hungary on January 25 this year.

During the operation led by Dr Gergely Pataki, the tissue expander system was implanted.

A team of 35 Hungarian doctors and assistants led by András Csókay from Budapest’s Honvéd Hospital carried out the final procedure in Dhaka.