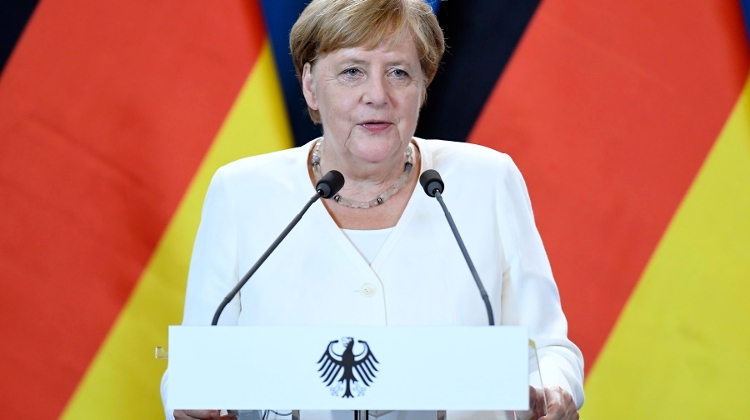 A pro-government commentator takes Chancellor Merkel’s ‘placatory tone’ as an indication of Hungary’s increasing political weight and economic success. A left-wing pundit accuses Chancellor Merkel of compromising on core values in order to preserve economic ties between Hungary and Germany.

Chancellor Merkel met Prime Minister Orbán to commemorate the 30th anniversary of the Pan-European Picnic at the Hungarian-Austrian border, when hundreds of East Germans broke through to the west in an event which became the prelude to the fall of the Iron Curtain.

In a joint press conference with the Hungarian Prime Minister, Chancellor Merkel thanked Hungary for its key role in the 1989 events that led to Germany unification. PM Orbán said that by defending Hungary’s borders from illegal migrants, Hungary also serves the interest of Germany and Austria.

He suggested that Hungary’s decision to dismantle the Iron Curtain in 1989 and its current border policy serve the same aim – the unity, freedom and security of Hungary and Europe.

Chancellor Merkel also said that Hungary uses EU structural funds to improve the lives of its citizens. The Hungarian Prime Minister praised Germany for realizing that Central Europe is becoming an important player and pointed out that German-Hungarian economic relations are thriving.

Both politicians called for the integration of the Western Balkans into the EU and helping would-be migrants in their home countries.

The pro-government commentator believes that Chancellor Merkel, who in the past criticized the Hungarian government’s border policy, seems to acknowledge the merits of Hungarian efforts to stop illegal migration as well as the country’s economic achievements.

Őry interprets all this as a result of the Visegrád countries’ increasing influence in the EU, and Chancellor Merkel’s willingness to co-operate with the Hungarian government.

In 24.hu, Zsolt Kerner contends that despite the conciliatory tone of the joint press conference, the tension between Chancellor Merkel and PM Orbán still prevails.

While the Chancellor stands for more European integration, the Hungarian government tries to defend national sovereignty, the left-wing commentator notes. He goes on to liken PM Orbán’s claim that he is defending Europe by closing its borders to illegal migration, to the arguments once used by East Germany to justify the Iron Curtain – to defend the Soviet Union and Communism.

Kerner nonetheless acknowledges that Chancellor Merkel did not openly criticize the Hungarian government this time. Kerner finds the absence of strong words from Chancellor Merkel another indication that Germany is willing to compromise on defending core European values if German economic interests are at stake.