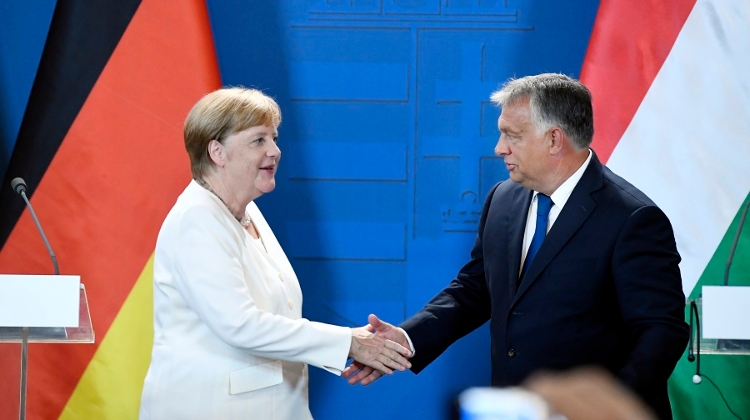 “There are no developments in sight that could disturb Hungarian-German ties but there are some factors pressing for strengthening economic cooperation,” Orbán said. He added that the economy was in the focus of his talks and noted that Germany is Hungary’s top investor and trading partner.

Bilateral trade with Germany “breaks a record each year” and German investors have brought the most modern technology to Hungary, Orbán said at a joint press conference with Merkel.

He noted that 6,000 German businesses are present in Hungary, employing some 300,000 Hungarians, while there are 17 major development projects by German companies in the pipeline.

Orbán and Merkel discussed the European Union’s enlargement, and Orbán voiced Hungary’s interest in the Western Balkan countries joining the bloc as soon as possible. Hungary urges the enlargement process in which Serbia has a key role, he said, adding that speeding up accession talks with Serbia will also serve Europe’s interests.

The talks touched upon cooperative efforts targeting development in Africa because “aid should be delivered where the problem is rooted, to help Africa retain its people” through jointly financed programmes, Orbán said.

Orbán said that Hungary “dismantled the walls 30 years ago so that East Germans could become free and live in security; now we protect our southern border so that Germans can continue living in freedom and security”.

Border control is an “obligation” for Hungary, Orbán said, adding “it would be good if Brussels could cover some of the costs”.