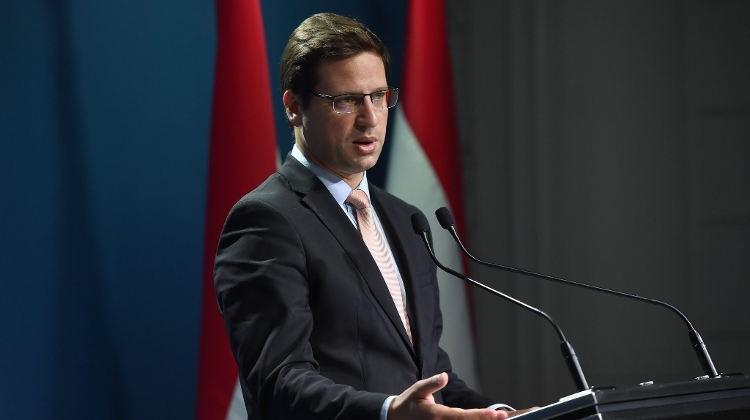 Gergely Gulyás, head of the Hungarian Prime Minister’s Office, visited Japan at the invitation of the International Judo Federation.

According to a statement from the PM’s Office sent to MTI Gulyás met Mitsuchika Tarao, the vice-governor of Tokyo, Takao Makino, Japan’s deputy farm, infrastructure and tourism minister, MP Seishiro Eto, head of the Japan-Hungary parliamentary chapter, as well as IJF head Marius Vizer. Gulyás and leaders of the IFJ were received for lunch by Princess Tomohito.

Hungary and Japan celebrates the 150th anniversary of diplomatic ties this year. To mark the anniversary, Princess Kako will visit Hungary in September, the statement said.

Concerning bilateral ties, the document said that economic cooperation was in the focus, adding that Japan was Hungary’s greatest Asian investor with 160 companies active in the country.

The statement quoted Gulyás as saying that “good cooperation between the Visegrád countries increases the significance of central Europe and makes the region more attractive for Japanese investors”.