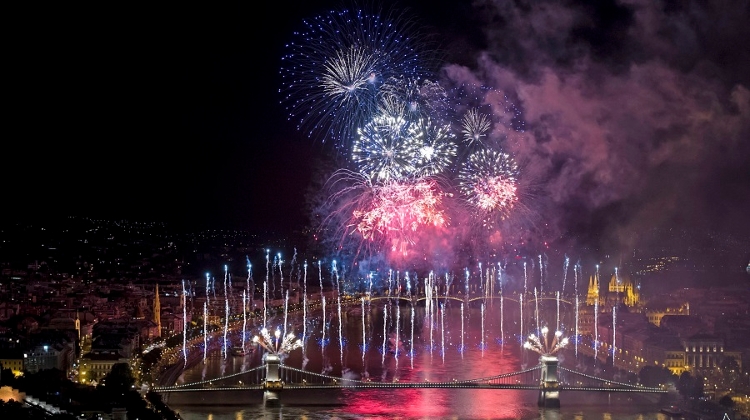 State celebrations will start in front of Parliament with the hoisting of the national flag and the traditional oath taking of young military officers.

The ceremony will be addressed by Hungary’s president and the defence minister, the state secretary for international communications and relations, Zoltán Kovács, told a press conference. Programmes during the day include a military air show over the Danube featuring Gripen fighter jets and a holy mass in St Stephen’s Basilica.

The fireworks spectacle over the Danube this year has been designed using special software and will feature a surprise element, Kovács said.

Leading up to St Stephen’s Day are programmes starting on August 17 with the Festival of Folk Arts in the Buda Castle and a three-day gastronomy event offering specialties from the Carpathian Basin opening in the Várkert Bazár on August 18.