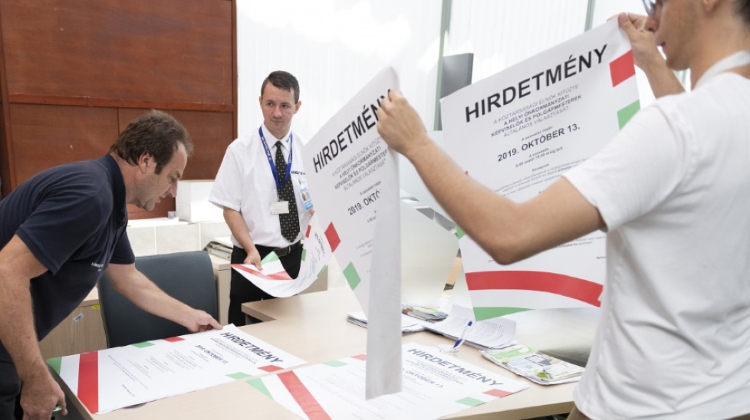 With just three weeks till the municipal elections, commentators in the weeklies and the weekend editions of the dailies ponder the chances of the opposition to defeat Fidesz candidates in Budapest and major provincial cities.

According to the Závecz Research Institute’s latest poll, Fidesz maintains its lead in the countryside. In major cities and Budapest, however, Fidesz and the opposition are running neck and neck.

The pro-government columnist quotes unnamed Karácsony supporters who acknowledge that under Tarlós, Budapest has developped far more than during the five terms of Gábor Demszky, his liberal predecessor.

Bencsik adds that Budapest has become one of the most popular cities for tourists in the world. He suspects that Gergely Karácsony is supported by voters who hate Fidesz, and want to express their discontent with the government.

Magyar Narancs in a first page editorial contends that ‘István Tarlós went nuts’. Last week, Párbeszéd MP Bence Tordai confronted István Tarlós at a press conference, and asked if he is willing to take part in a public debate with Gergely Karácsony. Tarlós used a megaphone to respond that Tordai was a ‘well-known provocateur’, and a ‘mentally handicapped person who one has to tolerated in these strange days’.

Tarlós’s remarks were condemned by the opposition, as well as by an organization of people with disabilities. Mr Tarlós said he did not intend to insult disabled people, but to point out that Tordai lacks sound judgement and is therefore not qualified to be a politician.

Magyar Narancs finds Tarlós’s statement nauseating, as in the liberal weekly’s interpretation, it implies that people with mental disabilities do not deserve tolerance and respect in normal times.

Magyar Nemzet’s Ottó Gajdics agrees with Mr Tarlós that a public debate between him and Gergely Karácsony would become an unpleasant show which would be used by the opposition candidate to stir anti-government hysteria.

The pro-government commentator believes that the opposition wants to boost its popularity and mobilize moderate voters by criticizing the government rather than by outlining a reasonable and credible alternative local political plan. Gajdics thinks that under such circumstances, public debates would become useless media stunts.

Németh believes that Mr Tarlós did not accept these rules of conduct. He adds that while  the incumbent mayor of Budapest claims that he is independent of Fidesz, to avoid alienating Budapest voters unhappy with the government, the pro-Fidesz media is helping him with unfair and nasty stunts.

In Azonnali, Balázs Böcskei, director of the left-wing IDEA thinktank writes that if the opposition candidates fail to defeat Fidesz in Budapest and major cities, the opposition will collapse.

As for the chances of the opposition, he thinks that the main question is if the opposition succeeds in mobilizing moderate voters by claiming that supporting their candidates is equivalent to voting against the government.

Opposition candidates have a tough job ahead, he adds, as the government is in general popular, and incumbent Fidesz mayors who have been in office for multiple terms are often supported by more citizens than their party.