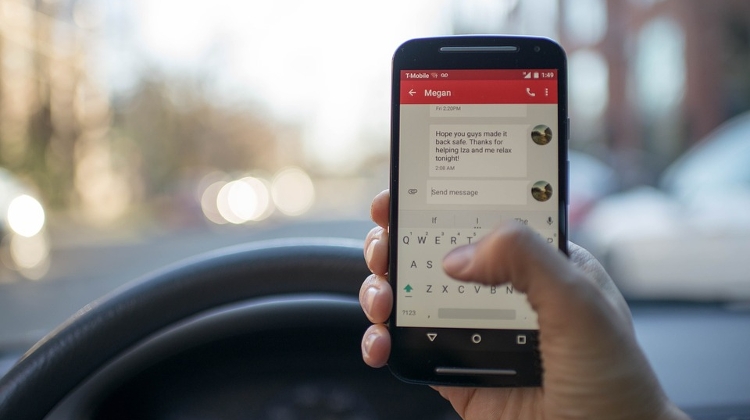 The Hungarian Police, in cooperation with the European Traffic Police Network (TISPOL), has launched a nationwide campaign dubbed “Figyelemmel az útra” (“Focus on the road”), which targets drivers using their phones without hands-free kits while driving, news portal Index.hu reports.

Taking place this week, the police aim to draw attention to the dangers of using phones, technical devices like navigation systems, tablets or laptops while driving.

The number of road accidents in Hungary resulting in injury or death fell 3.9% year-on-year to 7,463 in the first half of 2019, data compiled by the Central Statistical Office (KSH) show.

A total of 9,907 people were injured in the accidents, down 4%. About one-quarter suffered serious injuries and a little more than 2% died.

Driver error was the cause of more than 93% of accidents during the period, the KSH noted.