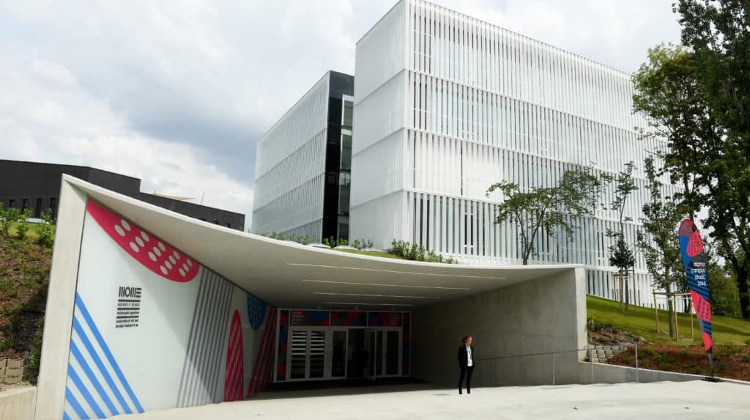 The new campus of Moholy-Nagy University of Art and Design Budapest (MOME) is finally ready. The research and innovation centre was finished in time and within budget. It is definitely a world-class addition to MOME.

Moholy-Nagy University of Art and Design Budapest (MOME) is one of the most significant European institutions of visual culture. Its educational agenda comprises architecture, design, media, as well as theory.

MOME, on the one hand, is a university which educates professional designers, and on the other hand, an intellectual workshop with the aim of setting up the creative process to enhance design consciousness in Hungary.

The world-class research and innovation centre cost approximately 65 million Euros. The project took over 20 years to execute, and altogether 25,000 m2 built space, and a 15,000 m2 park were built.According to the Mayor of Budapest, István Tarlós: “the building represents the future.” He also emphasised that thanks to this investment, the university has become one of the most modern art institutions in Central Europe.

The new campus is made up of two buildings, inside of which there are huge lecture halls, seminar rooms, one traditional and one digital library. There is also a high-tech photo-, film-, and music studio, a digital visualisation workshop, and labs equipped with the most up-to-date technology.