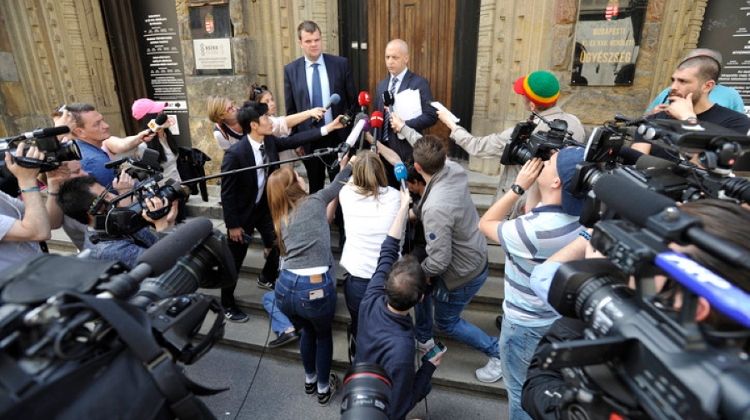 The captain of a cruise ship which collided with a sightseeing boat in central Budapest in May is to remain in custody under a non-binding court ruling.

The court’s ruling against the 64-year-old Ukrainian captain of the Viking Sigyn was appealable within three days, M. Gábor Tóth, the defendant’s lawyer, told MTI. Ferenc Ráb, deputy spokesman for the municipal chief prosecutor’s office, said that though the office has not yet seen the ruling, it would definitely appeal it.

In June, the captain was taken into custody on suspicion of criminal misconduct but later released on a bail of 15 million forints (EUR 45,600). The municipal court ruling granting the captain’s release also obliged him to remain in Budapest.

However, the chief public prosecutor turned to the Kuria, Hungary’s supreme court, over the captain’s release, after which the top court ruled that the decision by lower courts to release the captain on bail had been unlawful.

At the end of July, the captain was taken back into custody on suspicion of failing to provide assistance after the collision.