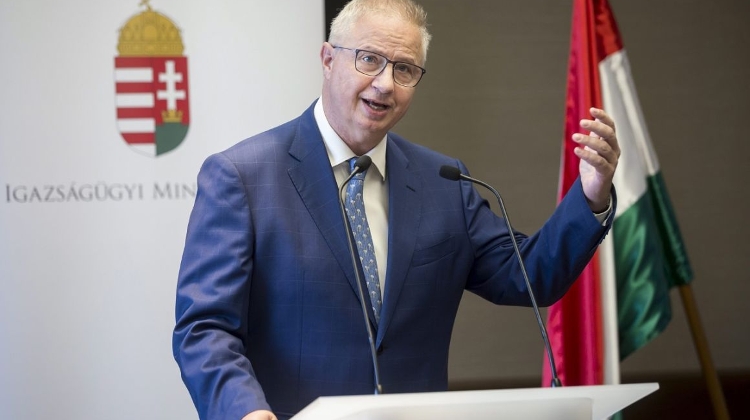 As the Hungarian government’s nominee for EU Commissioner is rejected again, pro-government commentators accuse the EU of punishing Hungary for its anti-migration policies. Liberal pundits, on the other hand, find the decision justified.

On Monday in a second vote on László Trócsányi’s nomination as European Commissioner, the Legal Affairs Committee of the European Parliament again rejected the Hungarian government’s nominee. After the vote, PM Orbán named Oliver Várhelyi as his new candidate.

In Magyar Hírlap, Katalin Kondor is not in the least surprised by the second rejection of Trócsányi. The pro-government commentator recalls that five years ago, Tibor Navracsics ‘also suffered a crucifixion attempt’ before he became EU Commissioner. Kondor attributes the failure of Trócsányi to the ‘treasonous’ Left, and European elites that want to punish the Orbán government for its anti-migration policies.

Magyar Nemzet’s Levente Sitkei accuses the EU of applying double standards. The pro-government pundit recalls that Belgium’s Didier Reynderst was approved as the EU’s Commissioner for Justice despite accusations of corruption and money laundering.

Sitkei thinks that Western European states like to look down on Eastern members and accuse them of violating democratic norms.

Magyar Narancs in a first page editorial deems the rejection of Trócsányi justified. The liberal weekly finds it highly disturbing that the EU even offered Hungary the top position for EU enlargement in the first place.

Magyar Narancs writes that by entrusting the Hungarian government’s nominee with EU enlargement, the EU is sending the message to prospective members that they cannot really escape authoritarianism even if they join the EU.

Magyar Narancs goes so far as to accuse the EU of entrusting a key strategic issue to ‘Putin’s best European friend’. This, Magyar Narancs concludes, ‘may threaten the fragile peace in Southeastern and Eastern Europe’.

In Index, Ágnes Szűcs and Máté Világi think that by nominating Várhelyi, PM Orbán wants to teach Brussels a lesson. The liberal analysts write that although Várhelyi has not held key government positions, and although PM Orbán labeled him a ‘technocrat’, he nonetheless will represent PM Orbán’s interests and ‘unscrupulously follow his orders’.