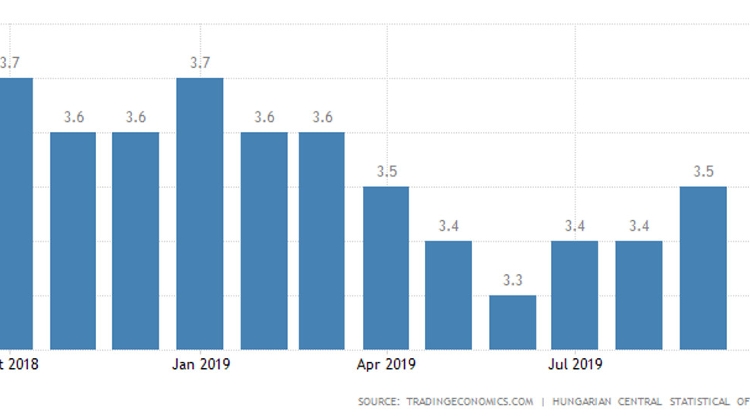 Hungary’s three-month rolling average jobless rate stood at 3.5% in September, the Central Statistical Office (KSH) said. The rate edged up from 3.4% in the previous month, but was down from 3.8% twelve months earlier.

The rate covers unemployment among those between the ages of 15 and 74. In absolute terms, there were 162,500 unemployed, 5,600 more than in the previous month, but 15,700 fewer than twelve months earlier.

Out-of-work Hungarians spent about 12.4 months on average looking for employment during the period, and 34.1% of the unemployed had been seeking work for one year or longer.

The employment rate rose 0.5 percentage point to 60.9% during the period.

KSH defines “employed” in line with International Labour Organisation standards as anybody who worked one or more hour a week or was temporarily absent from their job during the survey week.

The data also include those employed in public work schemes and those working abroad for less than one year.