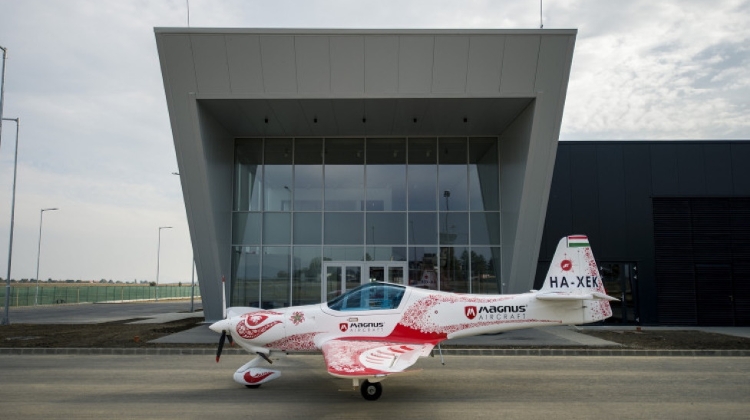 Hungary’s Magnus Aircraft inaugurated a 5,100 sqm production hall at its base at an airport on the outskirts of Pécs, in south-western Hungary.

In addition to the production hall, the company has built a 1,900 sqm assembly hall and a 300 sqm office building. The company started test production a year ago of a composite body aircraft. It plans to reach full capacity next year, turning out more than 200 of the aircraft.

Magnus Aircraft also wants to produce composite material parts for business partners in other industries. Magnus Aircraft employs 70 people at the base, but headcount is expected to rise over 100 by year-end, and to 150 by the second half of next year.

László Palkovics, the minister of innovation and technology, told the event that the government considered the aircraft industry a sector of special importance. Over the past one year Airbus, Lufthansa Technik and Rolls Royce have all launched investment projects in Hungary, he added.