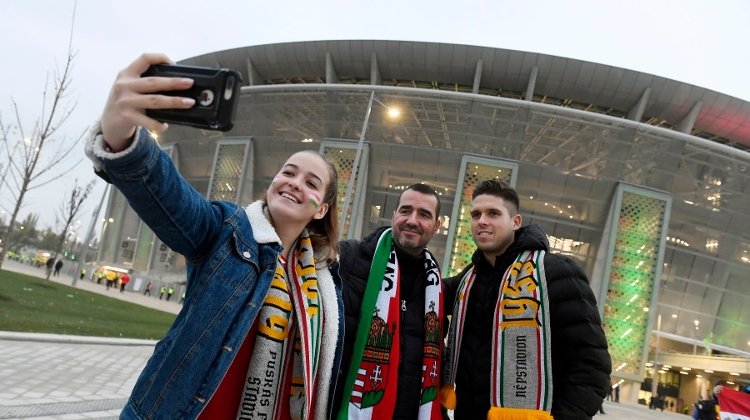 Budapest is ready to host a soccer Champions League final any year from now after the newly revamped Puskás Arena football stadium opens in the city on Friday, the government commissioner in charge of major Budapest investment projects said.

Balázs Fürjes told public television M1 that four European championship matches would be held in the stadium next year.

The image film of the new stadium featuring Prime Minister Viktor Orbán and other politicians was presented on the programme.

In the video, a ball is being passed around between various people including Hungarian Football Association head Sándor Csányi and Justice Minister Judit Varga before Orbán kicks it from the terrace of his office in the Buda Castle to Puskás Arena.

The stadium designed by architect György Skardelli has been built to incorporate certain elements of the former Népstadion (People’s Stadium), Fürjes said. The new stadium has a capacity of 65,000.

It is also suitable for hosting cultural events and features a conference centre, he added.