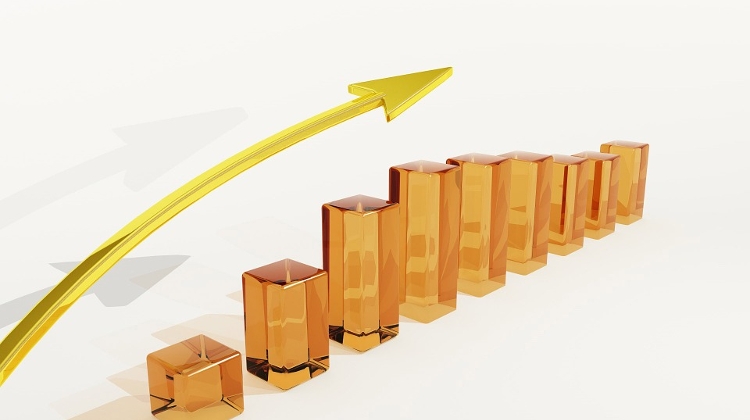 An independent economic analyst writes that the Hungarian economy is increasingly resilient to external shocks, including the slow down in Germany. As a result of growing Hungarian competitiveness and sound internal demand, Hungarian economy can maintain fast growth, he suggests.

According to Eurostat’s latest GDP data published on Thursday, the Hungarian economy grew 1.1 per cent in Q2, and 4.8 per cent year on year. Hungary’s annual growth tops Europe, followed by Poland (4.0 per cent) and Bulgaria (3.7 per cent).

Average growth rate in the EU-28 stands at 1.3 per cent. In the Hungarian Central Statistical Office’s calculation, which  uses a different methodology, the Hungarian economy grew even faster, by 5 per cent.

In Portfolio, Károly Beke writes that ‘Central Europe is no longer just a cogwheel in German manufacturing’. Beke explains fast Hungarian growth with Hungary’s strong internal demand and the increase in the country’s competitiveness.

Quoting a recent analysis by ING Bank, Beke points out that Hungarian growth has not been impacted by the unprecedented drop in global trade in 2019. While Germany is close to recession, Central European economies are still growing fast, Beke notes. All this suggests that Hungary and the Central European region are becoming increasingly independent of Germany, Beke claims.

Citing sectoral data, he underlines that Hungary’s exports are becoming diversified and therefore depend less on European markets, as exports to Asia and the American continent increase. The service sector is also growing fast, so decline in the industrial sector has less impact on GDP growth.

Most importantly, internal consumption is very strong, so Hungary is more resistant to lower external demand, Beke writes. He adds that Hungarian competitiveness has increased despite the surge in wages. This is due, he continues, to the government’s tax cuts and other measures lowering employment and production costs.

Citing the ING Bank report, Beke is optimistic that even extended sluggish growth in Germany will have no major impact on Hungarian economic output.