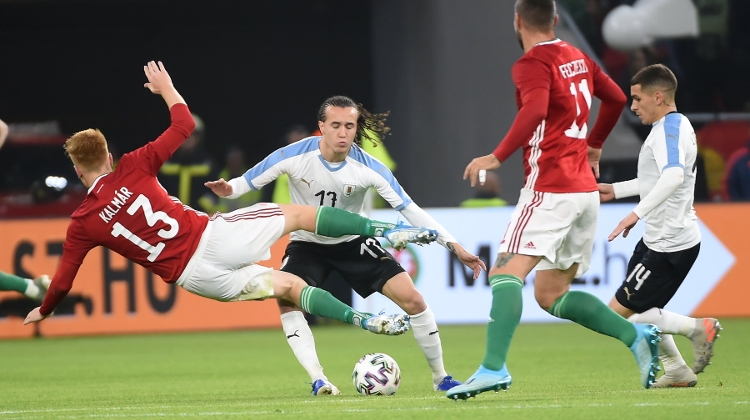 The national teams of Hungary and Uruguay played a friendly match in Budapest on Friday to inaugurate the city’s brand new Puskás Arena, with Hungary losing to Uruguay 1:2.

The Scorers were Ádám Szalai (24th minute); Edinson Cavani (15), Brian Rodriguez (21). There was a near-capacity crowd of 65,114 and Damir Skomina (SVN) refereed the match.

Balázs Fürjes, the government commissioner in charge of the construction, said that the project had employed 15,000 people during the past 2.5 years without involving any foreign partners. He added that the facility, designed to seat 67,215 people, could be used for concerts with up to 80,000 participants.

The arena was built with a total budget of 150 billion forints (EUR 450m), which Fürjes called “average by international standards”. He said that similar stadiums in Europe were built at a per seat cost of 1.2-3.1 million forints, while the Puskás had cost 2.1 million per seat.