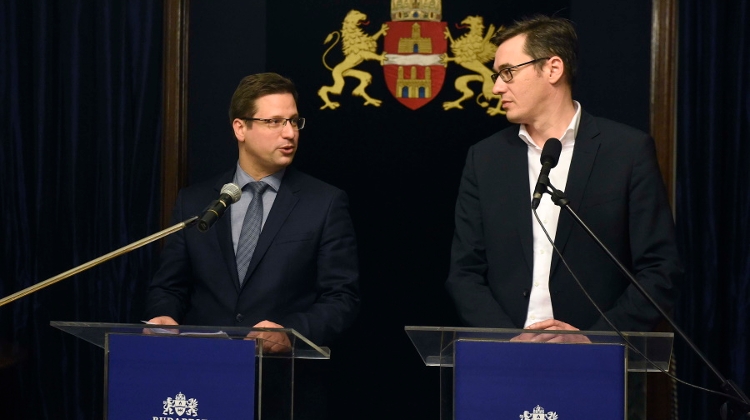 The mayor of Budapest, Gergely Karácsony (pictured on top right), is causing unwarranted alarm over the new law on social benefits, an official of the President of the Republic’s Office said.

Karácsony wrote to the president about the law passed by parliament on Dec. 11 which sets rules for eligibility for social benefits.

The director general of the president’s office, Mária Ádám Haszonics, said Karácsony’s concerns over the law were “unfounded and therefore of no cause for concern”.

“The point of our social benefits is to ensure that no one is left without care and that everyone contributes to its costs according to their means and circumstances,” she said, adding that access to health care is guaranteed based on the rights of the citizen or on the basis of someone’s need. Also, health care is provided based on the payment of social contributions, she added.

She insisted the mayor’s statement that failure to pay social contributions for three months would result in the penalty of being denied access to health care was mistaken. If someone negligently or intentionally does not fulfil their obligation to pay their contributions, the law provides them with an opportunity to access care once they have settled their debts.

Karácsony also wrote that no notification of non-payment would be given. She said the law stated clearly that the tax authority sends notice of payment within eight days together with the amount of the arrears and the possible legal consequences of a failure to pay.

Further, the charge that emergency care would be denied due to non-payment of social contributions was also unfounded, she said.

The law will come into force in July next year, ensuring that everyone will have time to make the relevant preparations, she noted.

The law, she added, does not introduce a new payment obligation but clarifies rights and obligations.

“So as not to alarm the citizens of Budapest unduly, your staff may wish to give the statutory provisions a closer look before writing a similarly well-intentioned letter,” she said.

Healthcare Free-Riders To Be Filtered Out In Hungary