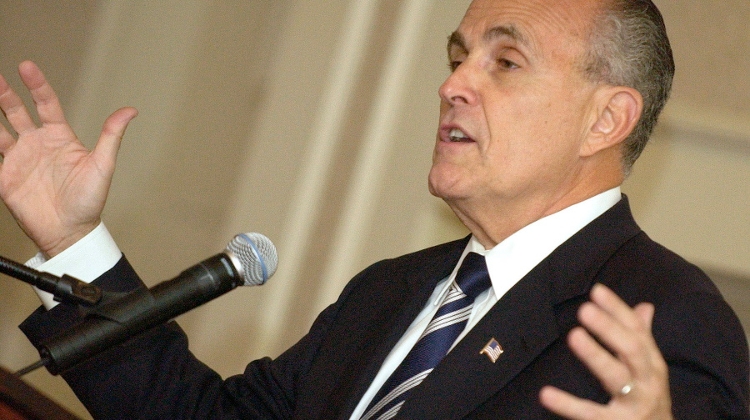 Hungarian news site Hvg.hu says that the multipart documentary tries to prove that Trump had a right to ask Ukrainian President Volodymyr Zelensky to investigate the activities of Hunter Biden, who was a board member of Ukrainian natural gas producer Busrisma Holding between 2014 and 2019.

Hunter Biden is the son of former Vice President Joe Biden, who is widely seen as one of the most likely candidates to become the Democratic nominee who challenges Trump in 2020.

According to a report by The New York Times, OANʼs documentary series features interviews with Ukrainian officials who were not called to testify by House Democrats running the impeachment inquiry. The networkʼs crew joined Giuliani himself, with Chanel Rion, the reporter hosting the series, conducting an interview with Lutsenko.

NYT adds that Giuliani also had dinner with U.S. Ambassador to Hungary David B. Cornstein without any other attendees. Afterwards, Giuliani continued his European trip, visiting Kiev, where he met further Ukrainian officials.

The Washington Post says that Giuliani met Lutsenko multiple times during the latterʼs tenure as Prosecutor General, pushing him to investigate Hunter Biden.

Some 48.3% of Americans currently support the impeachment inquiry, while 44.6% are against it, according to a summary of polls by Real Clear Politics.