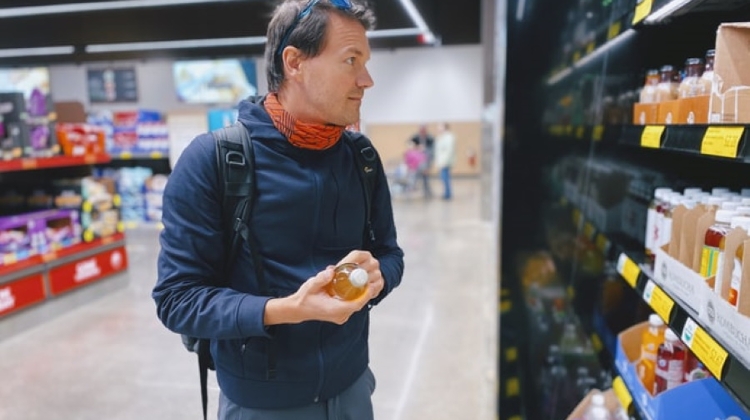 Research by Eurostat on household expenditures across the European Union in 2018 reveals that Hungarians spend a larger than average proportion of their expenses on food; alcohol and tobacco; fuel and maintenance of personal transport; and communications.

Spending on food and non-alcoholic beverages made up more than 15.5% of household expenditures in Hungary in 2018, similar to fellow members of the Visegrád Four, with the figure being 14.5% in the Czech Republic, 14.8% in Poland, and 15.9% % in Slovakia.

Similarly to last year, the highest proportion was registered in Romania, where people spent 16.4%, Eurostat noted. The EU average stood at 11%, down 1.2% since last year.

Once again, Hungary was a leader in the alcoholic beverages and tobacco category. Hungarians spent 7.6% of their expenditure (up 0.2% year-on-year) on these products, almost double the EU average of 3.9%. Among the surveyed countries, only the citizens of Luxembourg, the Czech Republic, and Estonia spent even more on such items. Compared to last yearʼs figures, Hungary managed to overtake Latvia in this category.

Hungarians also spent a higher than average amount on lot on communications (3.3%), as well as fuel and maintenance of personal transport (8.6%), the data show.

At the other end of the scale, Hungarians spent a lower portion of their expenditures on clothing and footwear, only 3.7% compared to the EU average of 4.7%. This is less than half of what they spent on alcohol and tobacco in 2018. The only member states spending less on clothing and footwear were France, the Czech Republic, Romania, Iceland, and Bulgaria.

Spending on housing-related costs was 18.1% of the total, well below the EU average of 24%.

Insurance costs amounted to only 1.2% out of total household expenditure, below the EU average of 2.6%.

Other categories, including spending related to furnishing, purchase of vehicles, transport services, hotels, and restaurants did not deviate significantly from the EU average.