Thousands Take Part In Climate Rally In Budapest & Across Hungary 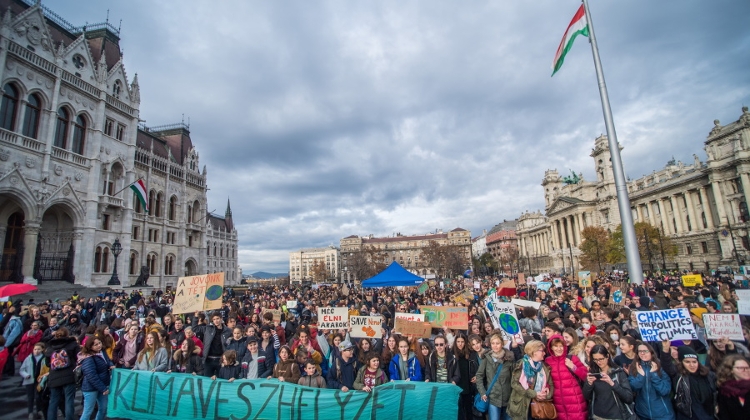 Karácsony described the climate situation as critical, saying it is not a neutral thing but something that requires immediate action.

Actions that the city could take, he said, are a congestion fee, increasing the amount of green space in Budapest, and ensuring sustainable urban traffic.

He added that he wants to launch a large-scale energy modernisation programme in Budapest with EU funding.

Karácsony said the city must be made liveable, but very much remains to be done in the battle against climate change, as Budapest is in the last place.

The demonstrators proceeded from Batthyány tér to Kossuth tér.