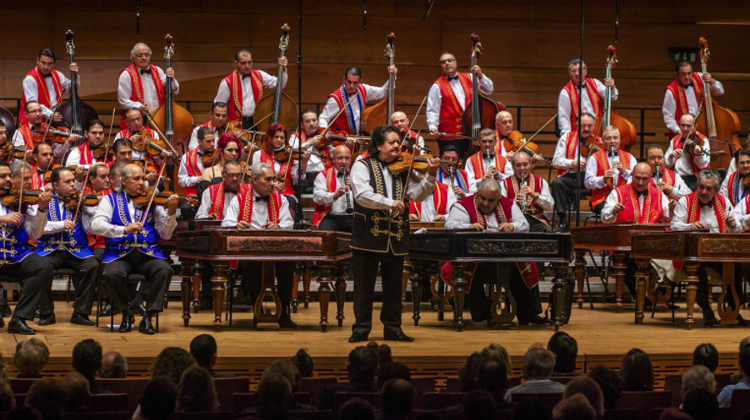 The traditionalist artistic work of the 100-member Gypsy Orchestra is invaluable and unique in the world.

The Budapest Gypsy Orchestra was founded nearly 30 years ago. Thanks to the love of the domestic and foreign audiences, our artistic work and success was also acknowledged by the Hungarian state.

Since its formation the orchestra performed more than a thousand concerts ranging from the culture house in the tiniest community in the country up to a number of large and famous concert halls around the world.

It has become an absolutely positive emblematic institution holding its own image which conveys values at their concerts, thus bridging the different social strata.

The orchestra became part of the Collection of Hungaricums on the 18th of March 2014, in recognition of it’s world famous artistic and traditional work and role.

Its main goal is to maintain this exceptional musical value. Preserving the centuries long tradition passed down by Gypsies from generation to generation as a family heritage.

With its art and music, this orchestra will find the way to the heart of the audience anywhere and any time, thus enriching the colourful portfolio of European culture.

Photo courtesy of the orchestra