’Every Past Is My Past’ Photo Exhibition @ Hungarian National Gallery 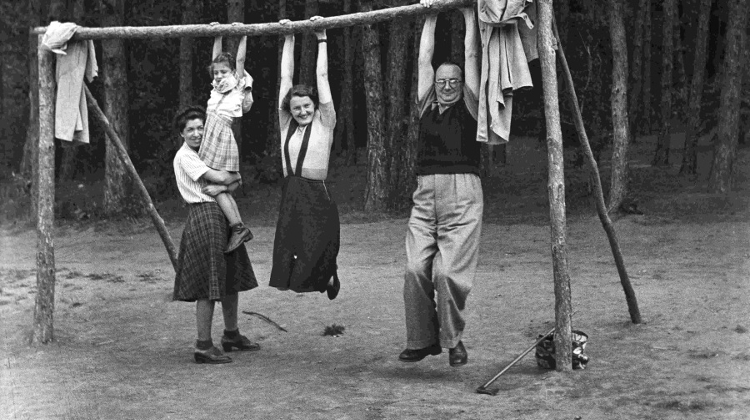 Seen until 25 August. Every Past Is My Past displays a selection of more than three hundred pictures from the popular Fortepan digital photo-archives, which is now ten years old.

The photographs are closely intertwined with Hungary’s 20th-century history.

The images capture the period in many ways and layers but with a focus on the perspective of ordinary people and their experiences conveyed by private photographs, which form the backbone of the collection.

Two secondary school classmates, Miklós Tamási and Ákos Szepessy, began to collect the more than 110 thousand photographs of the digital Fortepan archives back in the 1980s.

After a period of regular but haphazard collecting of discarded amateur photos and negatives in flea markets and other places, they launched an online site with 5,000 digitised images in 2010.

Soon after this many private individuals and public institutions joined the circle of donors, now comprising 600 hundred, thanks to whose pictures the archives are augmented every month.

Each photograph in the exhibition tells a story. In some lucky cases these stories can be reconstructed but in most others the people in the pictures are no longer known, and neither are the circumstances of their making so visitors can use their imagination and invent their own stories linked to these images.

Opening hours:
Tuesday–Sunday from 10 am

Ticket desks close at 5 pm. The closing of the exhibition halls begins at 5.45 pm, the gates of the building close at 6 pm.

Photo courtesy of the National Gallery