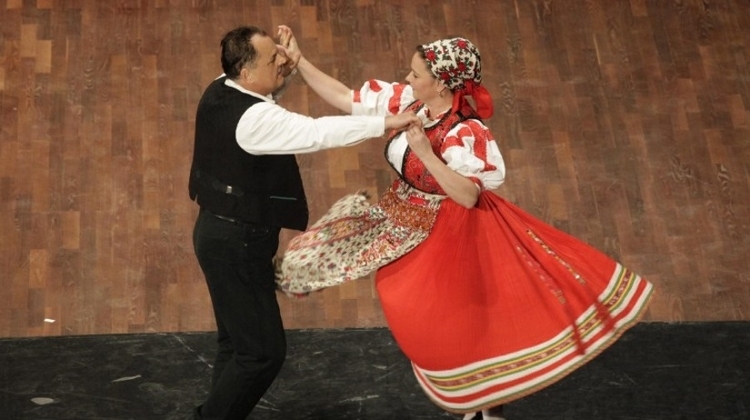 Dance House Day is traditionally staged nationally on the anniversary of the formation of the first ‘urban’ dance house in Hungary.

This celebratory concert of folk music is co-organized by the Hungarian Heritage House and Liszt Academy Concert Centre and provides the opportunity to formally present two prestigious awards.

The Halmos Béla Trophy, established by the Hungarian Heritage House, takes the physical form of the violin once owned by Béla Halmos. It is presented to a musician under 40 years of age actively playing traditional folk instrumental music in dance houses, who in the course of their work maintains contact with Hungarian communities living beyond the country’s borders.

The Halmos Béla Memorial Medal, established by the Association of Friends of the Hungarian Heritage House, recognizes outstanding professional and community ‘background work’ within the framework of the Dance House Movement.

The performers of this year all come from folk music bands that regularly organize traditional dance houses.

The last year’s winner Attila Mihó, a PhD student at Liszt Academy and a violinist of the Hungarian National Dance Ensemble, was entitled to use the violin of Béla Halmos for a year. He will present parallel folk melodies of Csík, Ghimes and Bukovina with his band playing selected pieces from the oldest layers of folk music.

Kóló Band’s ethnic dance house has been running for decades, and they will play Croatian, Serbian and Macedonian dance melodies at the event while Tázló Band, leading Csángó Dance House which offers probably one of the most popular and complex programs in the city of Budapest, will entertain the audience with traditional Moldavian music with the contribution of singer Sára Tímár.

In the final part of the concert, the winner of the year before last year, Tamás Nyitrai’s band “Bazseva” will entertain the enthusiasts of folk music with Transylvanian folk songs.