’Out Of The Box’ Exhibition @ Ludwig Museum 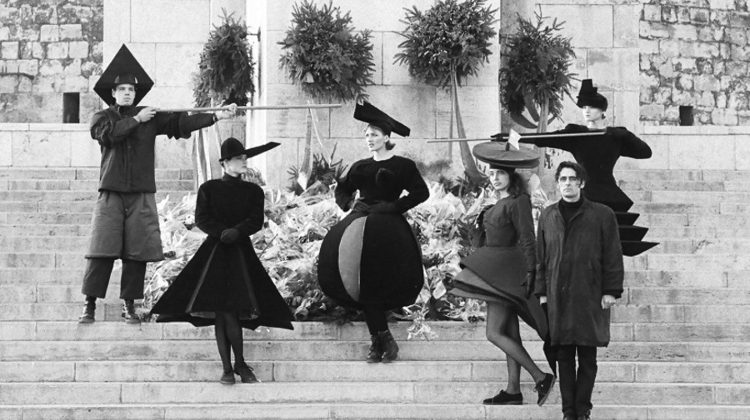 Seen until 15 September. The exhibition of Tamás Király is the first large-scale, retrospective presentation of an artist in Hungary whose activity cannot be classified into traditional genres and trends.

Obviously, his work is mainly related to dressing and fashion, but in his perception, clothing is a border area where fashion, film, theatre, performance and art meet. His clothes are at once costumes, mobile sculptures, futuristic transformations, and the future-looking creations of an artist ahead of his own age.

The exhibition aims to give a comprehensive picture of Tamás Király's career of over three decades, which began in Budapest in the early 1980s, the artist having become an emblematic figure of the underground scene in a short time.

With his street "fashion shows", performative walks, but also with the boutique selling casual wear for those interested. His work of this period culminated in the Dressater Berlin fashion show, where he was the only Eastern European designer to exhibit along with Claudia Skoda or Vivienne Westwood.

Király continued his "total art" fashion shows after 1989, which were hosted by the Sziget Festival several times in the 2000s, where his creations reached much wider audiences.

Király was always interested in transformation and processes. He used the cheapest materials for his creations and often recycled clothes and their items.

It was not eternity that excited him, rather he sought the most appropriate answer to a particular moment and situation through clothing. His artistic attitude is highly original and always up to date.