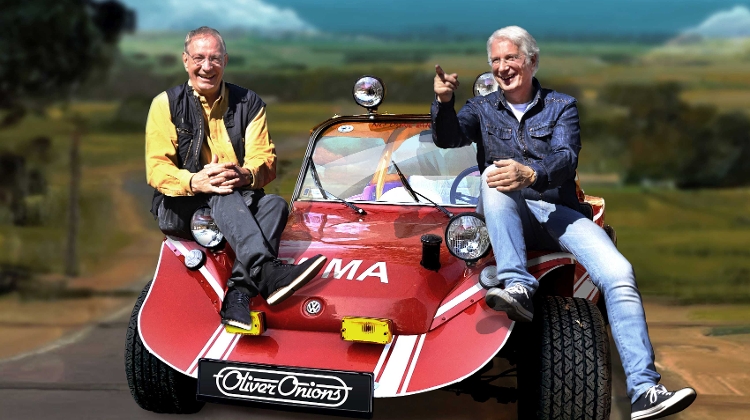 From the organisers: World-renown Italian brothers, Guido & Maurizio De Angelis return to Budapest! The well-known movie soundtracks can be heard again on 16th February, 2019 at Budapest Sports Arena. The highlight of the evening: two famous actors as star-guests: Terence Hill and Kabir Bedi!

Guido and Maurizio De Angelis disclose such popular songs that we just cannot get out of our heads and ones that make us see iconic movie scenes flash before our eyes. During their career they were noted among the most famous movie soundtrack composers.

Under the name 'Olive Onions' they wrote soundtracks and themesongs for most Terence Hill and Bud Spencer movies, including "Watch out, we're mad!", "They Call Me Trinity", "Anche gli angeli mangiano fagioli", "Crime Busters", "Sheriff and the Satellite Kid", "Banana Joe", "Around the World in 80 Days", "Zorro" and also "Sandokan" – the movie and the cartoon as well.

The original composers, Guido & Maurizio De Angelis with their band Oliver Onions will be performing these unforgettable songs during their concert in Budapest. Terence Hill and Kabir Bedi will also be present as special guests for the evening.

World renown Italian actor, Terence Hill agreed to undertake the role of a patron for the charity auction that takes place during the event. The organizers will be auctioning an original, renovated Dune Buggy, one similar to that seen in the legendary movie, 'Watch out we are mad!'. The winner bid will be announced by Terence Hill during the concert and the car will be presented ceremoniously to the highest bidder.

Another world-famous actor, Kabir Bedi from the popular 80's series 'Sandokan' will also be a guest in Hungary during the event. He visited Hungary only once in 1986 when he took part in a promotional campaign for the shopping mall 'Skala'.