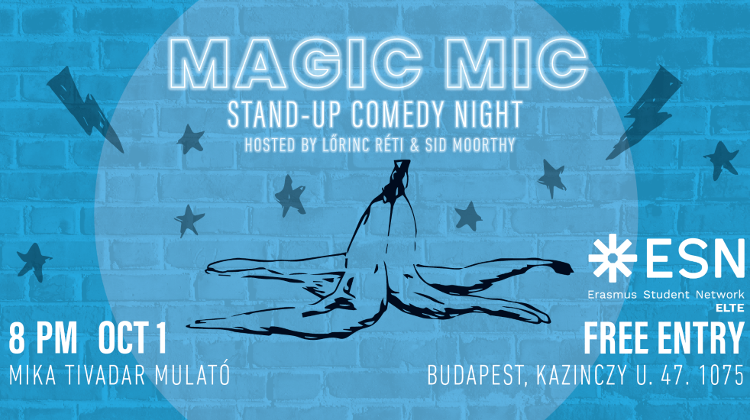 “Magic Mic Comedy” is hosted by Lőrinc Réti and Sid Moorthy, two audience favourites in the local Stand-Up scene who want to grow the scope of top-shelf comedy in Budapest. They’ve partnered up with the Erasmus Student Network at ELTE, and are going to be bringing you a weekly show every Tuesday night at 8pm in Mika Tivadar Mulató, located at Kazinczy Utca 47, Budapest 1075.

Tuesday night shows will alternate between showcases of experienced comedians, and open mics with an open door policy for everyone, regardless of levels of experience, cultural background or gender. All are welcome.

Magic Mic Comedy’s first show will be on October 1, 2019 at 8 pm in Mika Tivadar Mulató, in the large room downstairs. The event will be in English and is free of charge.

Performing at the inaugural show is a group of international comedians who are used to bringing down the house whenever and wherever they perform: