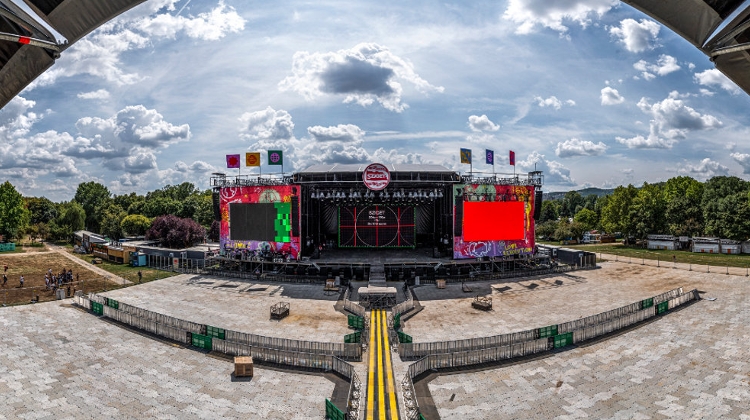 Other stars appearing in the seven-day festival are The 1975, Martin Garrix, Macklemore, Florence and the Machine, and Post Malone.

Foo Fighters will close the festival on August 13 with a two-and-half hour concert.

Some 8,000 people have been working on 76 hectares of land for weeks to get Sziget built, as the Óbuda island prepares to receive visitors from more than 100 countries, Orient Press reports.

During the preparation work, 27km of fence were erected, 21,000m2 of honeycomb pathways and 8,000m2 of aluminium surfaces to ease the burden on the earth.

Some 250 containers have been deployed on the festival grounds, along with 40 truckloads of construction scaffoldings. The technical gear alone is transported by more than 1,000 trucks.

Organisers are preparing with 1,800 mobile toilets, and two truckloads of toilet paper, while more than 500 shower units will be available for the festivalgoers.

Security on the island is provided by 1,200 guards and a further 100 law enforcement personnel. A health care base for 600 persons is being built, and 300 fire-fighters will be working at the festival.

A general staff will be working around the clock with weather forecasters, fire-fighters, and armed forces personnel. Their communications are ensured by 500 short-wave radio sets.