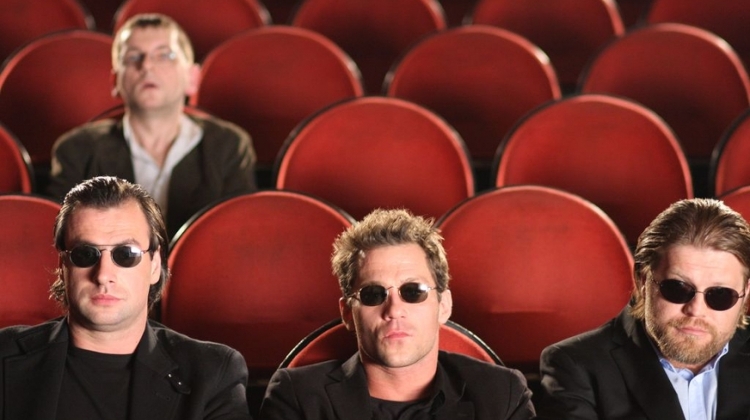 This top seven list is presented in no particular order, since all these films are widely accepted by the local audience and international critics alike as special contributions to cinema in their own right.

Naturally only certain films are regarded as true classics, as such movies stand out from the crowd because they have something important to say, or show, or both, and do so with style.

While some will make you laugh, and others could make you cry, given the right moment all of the following films are well worth watching by expats in Hungary

- either via online sources, or by borrowing a Blu-ray, DVD or even VHS copy from local friends or colleagues, or maybe from a ‘Video Store’ if you can find one open they should have some of these key Hungarian movies.

All these classics offer helpful insights into Hungary and Hungarians, as well as providing captivating viewing thanks to impressive film direction and outstanding Magyar characters.

They also offer a side benefit of the opportunity to brush-up on your Hungarian language skills - of course there are subtitles available, usually in English and often in multiple languages.

To conclude this intro, we must say that of course there are plenty of great Hungarian movies out there, and this list of contemporary classics seeks to highlights a top selection of options covering a wide range of themes relevant for most expats.

For example Satantango (1994) is an epic Hungarian film, however at seven-and-a-half hours long it’s hard to recommend it as a 'must see film' for most folks. Still, for the record we’ve mentioned that now, and all of the following deserve an honorary mention too:

Given the hot political climate regarding immigration in Hungary, it’s more pertinent than ever for expats to watch this award-winning film.

It's about Wilson, a black man in his late fifties, who has been living as a refugee in Hungary for years. He works as a security guard in Budapest and his main desire is to acquire Hungarian citizenship, but he keeps failing the exams that are required for his application.

In preparing for the next exam, he is helped by Mari, a Hungarian woman of roughly the same age who works as a history teacher. Unexpectedly the teacher and her pupil start to develop affection towards each other, and form a deep bond.

This Oscar winning movie tells the story of a Jewish-Hungarian concentration camp prisoner who sets out to give a child he mistook for his son a proper burial, in the most difficult of circumstances.

“László Nemes’s debut as a director, about a prisoner at Auschwitz forced to work in the gas chambers, dramatises the concentration camps with great intelligence, seriousness and audacity.” - TheGuardian.com

This contemporary flick is about a legendary Hungarian bank robber from the nineties called Attila Ambrus, who 'toyed with the police like a true showman'.

Here's the low-down on him via IMDb: as a Transylvanian, Ambrus grew up in Ceausescu's Romania and the hopeless situation there made him eventually cross over the border in search of a better future.

But even as an adult, many of his childhood problems continued - only now in Hungary. Soon confronted with the feeling 'you only matter if you have money', Ambrus realised he needed cash. A lot of it. So he became the so called ‘Whiskey Bandit’.

He never wanted to be a hero - the media turned him into one. His celebrity reached its peak when he escaped from prison. While on the run the whole country was rooting for him.

1989 is an important year in the political history of Hungary. However, Petya and his friends couldn't care less. They are about to graduate high school.

The only important things to them are the parties, girls, making some easy cash. And of course, passing the upcoming exam with the leaked questions.

This coming-of-age story is set during the fall of communism. It entertainingly expresses the absurdity of such a monumental moment for a group of youths who couldn’t comprehend the bigger picture they were faced with, whilst showing the ‘truth of youth’ for these high school teens of that time.

This feature-debut by director Gabor Reisz stars an unemployed Hungarian, somewhat adrift in Budapest, as he tries to cope with a recent break-up, bickering parents, and adulthood.

During a booze-soaked night out in Budapest he buys a one-way ticket to Portugal on his parents credit card….and offbeat Hungarian style comedy ensues.

The strength of this award-winning film about a slacker approaching 30 and trying to make sense of it all, is an “emotional honesty and an adorkable sense of invention and humor” - The Hollywood Reporter.

Bulcsú is a subway enforcement officer working in the oppressively gray underground transit system in Hungary, whose job consists of ensuring commuters have paid to ride the train.

A quirky young woman catches his eye, and their relationship suggests that Bulcsú might escape from the drudgery of his subterranean life and finally see sunlight again. But first he needs to find out why passengers are jumping -- or being pushed -- to their deaths onto the tracks.

One handsome young hero, one mysterious maiden, and one particularly nasty killer all race against time, trains, and destiny itself in their frantic pursuit of one another.

That's how Sujit R. Varma sums this one up, explaining it's a high-style, high-speed romantic thriller in which the lives of assorted outcasts, lovers, and dreamers intersect and collide.

The critics agree that this surreal, atmospheric and entirely subterranean black comedy-thriller is smart, dark, gritty, and funny.

For the fun of it we included this popular Hungarian comedy about a young Budapest-based director of music videos and commercials, called Tamás, who dreams of directing his first feature film one day.

He’s already written the script but doesn’t have the means of financing his project. So when he  surprisingly gets an email from an American film producer who likes the script and wants to meet, Tamás thinks all his dreams will come true.

With the help of his two brothers, Ákos a successful manager and sex maniac, and András a failed poet and slacker, he tries to make a good impression on the American and persuade him to finance the film.

As you may imagine this set-up presents a bunch of comic scenarios, so many in fact that the movie makers went on to produce two sequels - which were not as well loved by Hungarians as this comedy classic which is full of genuine laughs.

You may well recognise the title music track played in the video below, ‘Valami Amerika’ by Bon-Bon, which has become a classic pop tune in Hungary.